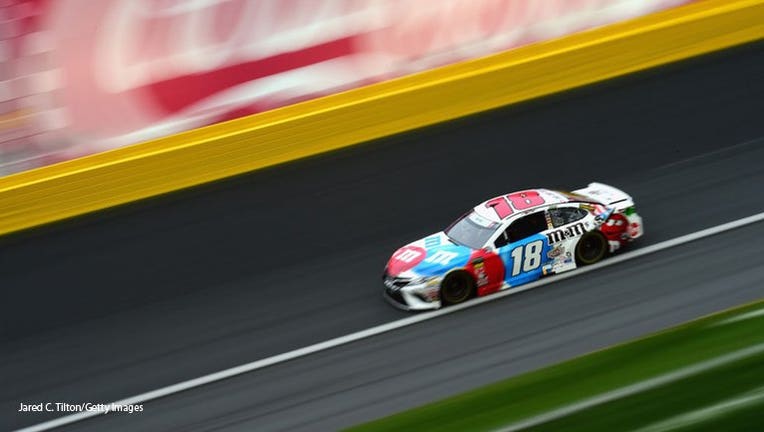 CHARLOTTE, N.C. - Just as there is NFL on Thanksgiving and college football on New Year's Day, there is racing on Memorial Day weekend.

This Sunday is the longest day of the year on the tracks.

The Indy 500 is still called "the greatest spectacle in racing," which is probably still accurate.

In the glorious history at the brickyard, only three drivers have won the event four different times. Their names are open wheel royalty:  AJ Foyt, Al Unser, and Rick Mears.

Helio Castroneves is in the field with a shot to join that group on Sunday.

FOX6's Tim Van Vooren: "How confident are you with this team heading into this Indy 500?"

"I've been racing for 21 years with Team Penske and this is my first year with an incredible, young team at Meyer Shank Racing," said Castroneves. "I'm excited. I never had this at Penske with my helmet and my car right here. If we started at the garage, we're already way ahead so for me it's a great opportunity."

NASCAR's longest race is the Coca-Cola 600. Last year, with a rain delay thrown in, the event stretched more than five hours before an overtime finish.

"The change in the track and as you go from late afternoon to evening and you go from heat to sun going down, the race is extremely long," said Michael McDowell. "It is long and it is grueling on the teams and for the drivers it's a long race."

"I love that the race is longer than normal and it's unique," said Joey Logano. "It sets itself apart. That's what makes the Coca-Cola 600 special."

Each of the 40 cars in the field will carry the name of a U.S. Armed forces member who sacrificed his or her life in service to the country.

Ryan Newman will pay tribute to a Plymouth, Wisconsin native.

Every year, there is a lot of racing on the Sunday before Memorial Day and a lot to remember.