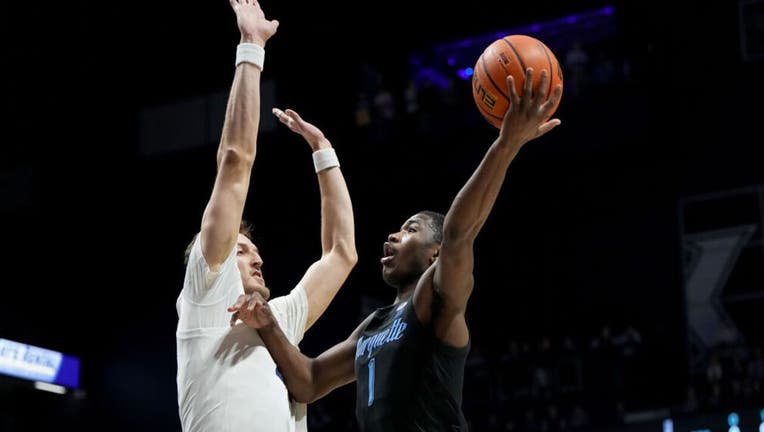 CINCINNATI - Souley Boum and Jack Nunge each scored 16 points and No. 12 Xavier won its 11th straight game with a 80-76 victory over No. 25 Marquette on Sunday.

The final few seconds were close, with Olivier-Maxence Prosper making a jumper to cut Xavier’s lead to 78-76 with 8 seconds left. Boum then hit two free throws to seal the victory as the Musketeers went 6 for 6 from the line in the final 28 seconds.

Six players scored in double figures for Xavier (15-3, 7-0 Big East), which is off to its best start ever in Big East play. The Musketeers' winning streak is their longest since starting the 2015-16 season 12-0. Nunge had 11 rebounds for his fifth double-double this season and second straight.

After a wild first half that saw a 92 combined points scored, the second half was a grind.

The Musketeers had no answer in the first half for Kolek, who had 20 points on 9-of-11 shooting and four assists. Marquette led 48-44 at halftime.

The defenses and perhaps some fatigue showed up late in the second half with both teams going scoreless for more than six minutes. A steal and dunk by Marquette guard Chase Ross tied the score 68-68 with 3:31 remaining. But Boum answered with a 3-pointer to put the Musketeers ahead to set up a frantic finish.