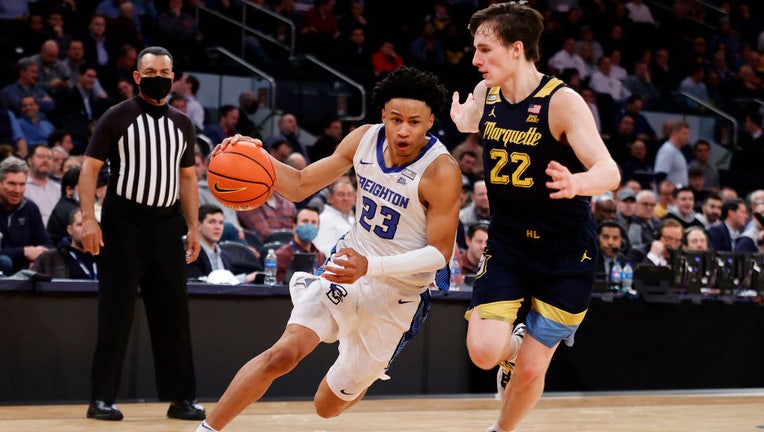 NEW YORK, NEW YORK - MARCH 10: Trey Alexander #23 of the Creighton Bluejays drives to the basket against Tyler Kolek #22 of the Marquette Golden Eagles in the second half of the game during the 2022 Big East Tournament at Madison Square Garden on Mar

When you go to catch the Brewers at American Family Field, you'll also have the opportunity to tee one up.