With Whistling Straits as the stage, golf’s biggest international event, the Ryder Cup, is on the playbill. It’s been a long time coming for Lee Wybranski, the official poster artist for the Ryder Cup.

SHEBOYGAN COUNTY, Wis. - It's a return to normalcy in a place that isn't normal at all for the Ryder Cup's official poster artist.

"You’ll see the two flags in the upper left and right corner," said Lee Wybranski. "In my imagination as the curtains are being drawn on the drama."

With Whistling Straits as the stage, golf’s biggest international event, the Ryder Cup, is on the playbill.

"I just love the romantic qualities of the landscape here," said Wybranski. "It was a lot of fun to paint. The drama of the landscape here and the backdrop of the lake is spectacular. Even with this weather, which is not what people would call Chamber of Commerce weather, to me, it’s absolutely perfect."

It’s been a long time coming for Wybranski, the official poster artist for the Ryder Cup. 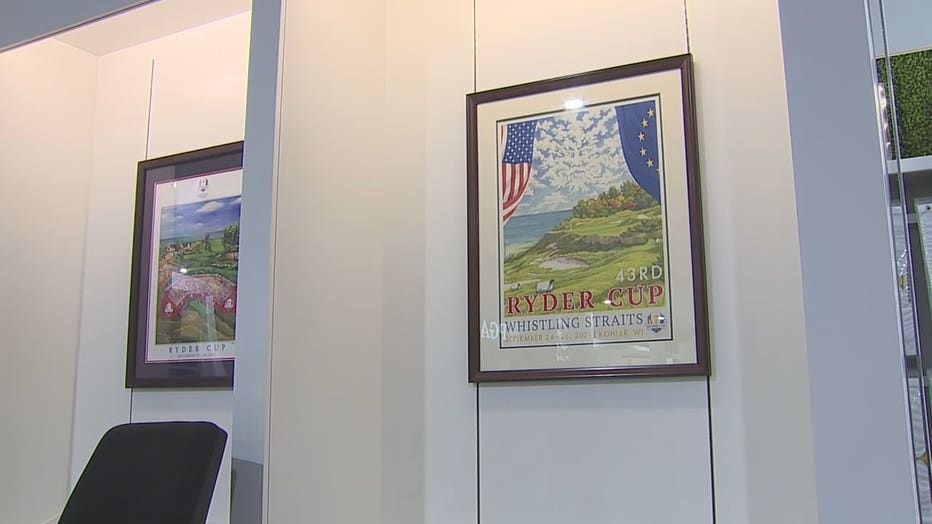 "It’s been a completely different lifestyle being at home for the last couple of years," said Wybranski.

The last time Wybranski was at the event where he created the official poster was at the AT&T Pro-Am at Pebble Beach in February 2020.

"It’s fun for me personally to connect with a lot of my fans, my collectors, my customers, old friends," said Wybranski. "It’s a reunion of sorts."

So being back on site has him experiencing the Ryder Cup a little differently this time around.

"It’s always a palpable kind of sizzle in the air and just setting on the grounds here today kind of got me goosebumps," Wybranski. "I’m hoping to bust out the paint box a little bit every day, do a little bit of sketching and just sort of enjoy and document, if I can, the atmosphere of being back at an event like this after two years away."

The dramatic scene at 17 captured his eye. 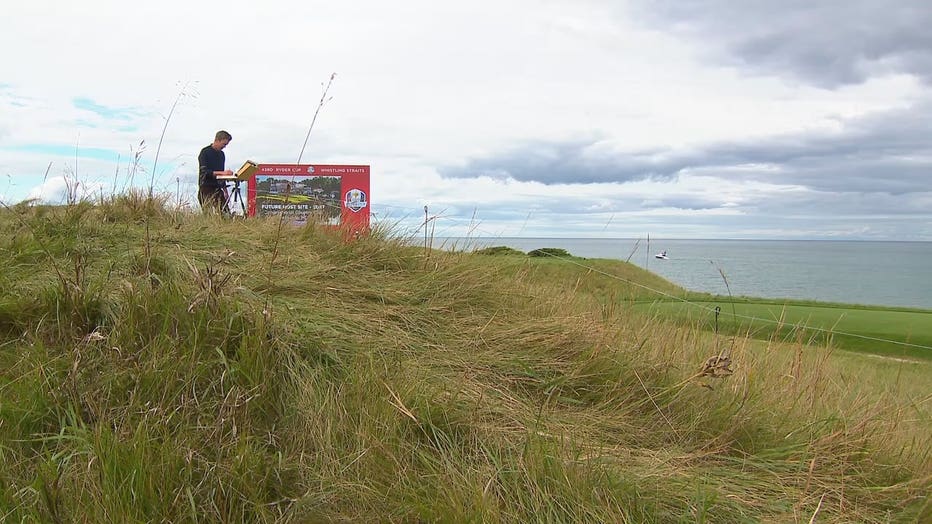 "The lake, I was singing about it to people yesterday," said Wybranski. "It’s underrated. They’re called the Great Lakes, but they’re still underrated. It’s so amazing to come here. It’s like being at the ocean or the sea."

It's a familiar course. In 2015, Wybranski created the official poster for the PGA Championship here.

"All these memories keep flooding back," said Wybranski. "I was literally thinking as I was walking over here, when I was walking through the dunes, I was still dating my wife and I can remember talking from out here. I was out here shooting pictures all by myself, kind of this time of year." 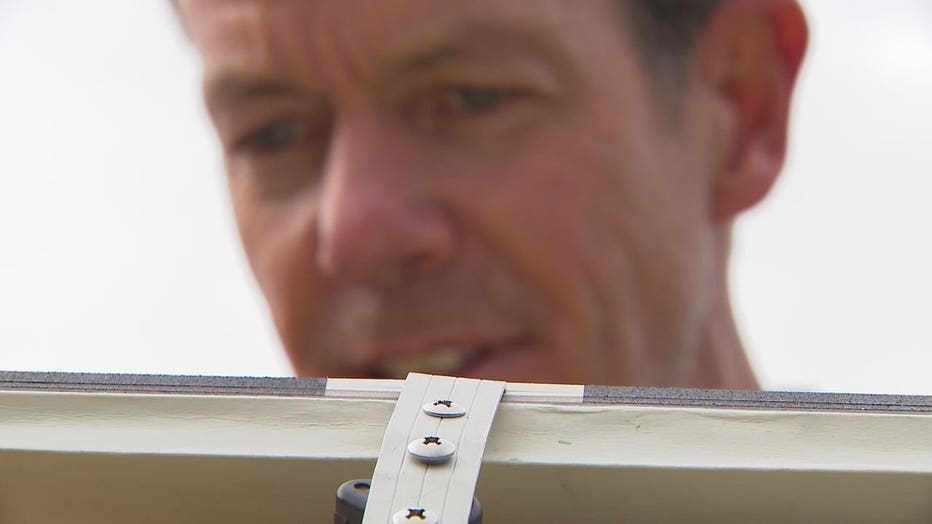 This year, it's the Ryder Cup, a much different show than any of the major golf tournaments.

"I think anytime you start flying national flags, things get turned up to 11, you know?" said Wybranski. "I mean, rooting for your favorite golfer to win a major championship was one thing, but as we all know, the patriotic impulses that get evoked by the Ryder Cup just brings excitement levels, you know, more than a notch. I feel like it’s several notches up."