The feeling of legitimacy can be found inside one recently renovated room at Lakeshore Technical College and it is unlike anything else the school has to offer.

CLEVELAND, Wis. - The feeling of legitimacy can be found inside one recently renovated room at Lakeshore Technical College and it is unlike anything else the school has to offer.

Everyone is eager to check it out.

"We have people coming in here all the time looking through the windows," said John Posey. "It's brand new so everyone is flocking in and a lot of people are very excited about it. It feels good."

The 11 new gaming PCs are a part of the college's esports program. 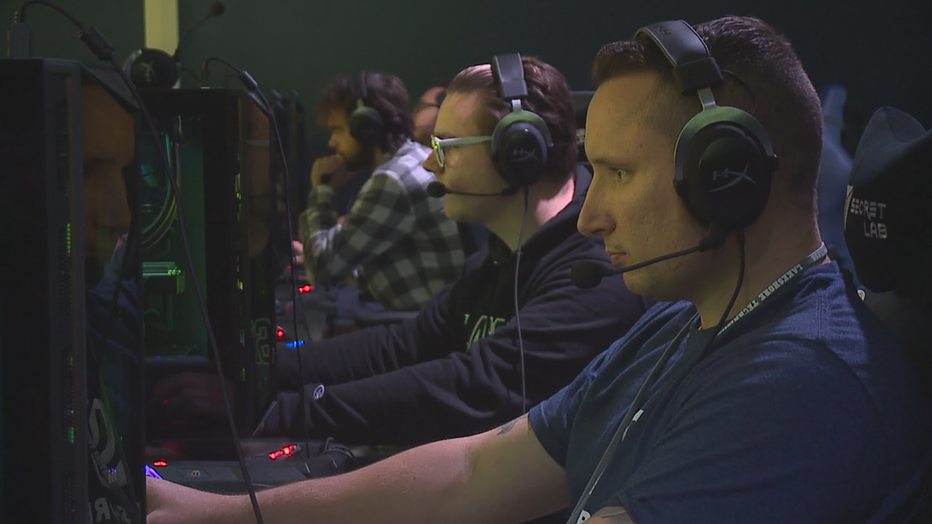 "It's really nice to see the students engaging with the program and we're still in our starting stages, but we are making a lot of headway," Posey said.

Students can play for free or they can try out for the three competitive teams which will face off with other programs in League of Legends, Rocket League and Super Smash Brothers.

Posey, who grew up in nearby Howards Grove, wishes he had something similar.

"It's crazy because there wasn't anything like that when I was going through high school," said Posey. "It's really, really recent. I think people are starting to realize the value in it that they didn't necessarily before."

"Especially when I was younger, I didn't see it as a thing that could be a career like maybe making video games, but then YouTube and Twitch and streaming and all of a sudden there's all these ways to make money off of it so it's becoming more popular," said Anttila.

The Sheboygan native has spent much of his life in front of a screen with a controller or a mouse in his hand.

He was taken aback when he first took a seat inside LTC's esports arena.

"Just imagine your favorite thing and then just a complete room dedicated to having an environment where you can do that thing," Anttila said. "This esports team, I saw as an opportunity to do something really cool and get involved with the school. It's always best to do that if you can."

To be eligible for the teams, students must be full-time, have at least 12 credits per semester and keep their GPA above a 2.0.

While Anttila does not see a career in esports as he is working on getting a job in IT, he still understands the end-game.

"I want to see what it's like to compete because I've never competed," said Anttila. "It's one of those things you do growing up for fun. When you're playing when you're younger, your goal is to just have fun and now your goal is to work with your teammates and your coach to try and improve and get better because you're going to be facing other people and you want to win."

The Watertown Police Department on Tuesday, Dec. 7 said officers were looking for a suspect in connection to a Milwaukee crime.