Former Green Bay Packers fullback John Kuhn played for Green Bay while Kevin Greene was on the coaching staff. FOX6's Lily Zhao caught up with the two-time All-Pro Monday, Dec. 21 as he remembered Greene and looked ahead to the Packers' final two games of the regular season.

GREEN BAY, Wis. - Former Green Bay Packers fullback John Kuhn played for Green Bay while Kevin Greene was on the coaching staff. FOX6's Lily Zhao caught up with the two-time All-Pro Monday, Dec. 21 as he remembered Greene and looked ahead to the Packers' final two games of the regular season.

FOX6's Lily Zhao: "Mr. John Kuhn, the Packers are in a great spot -- still the top seed in the NFC with two weeks left in the regular season. We know how important home-field advantage is going to be in the playoffs. What do you think their odds are of retaining that No. 1 seed with Tennessee at home and then Chicago on the road to finish the year?"

"Well, I think it’s pretty good," said Kuhn. "They’re gonna have a tough matchup with Tennessee, a top three offense in the NFL. Derrick Henry just seems to stiff-arm entire defenses to the ground, so they’re going to have a tough task trying to stop him in the run game, and then Ryan Tannehill actually has weapons on the outside with AJ Brown and Corey Davis. I think it’s going to be a tough task for the Packers' defense at home, but the fact that they have them at home, they can start playing playoff football earlier than normal. Then you got the Chicago Bears. If they can win just that game, they’ll retain this one seed. I like their chances of winning both games, but especially that game in Chicago to end the season."

FOX6's Lily Zhao: "Some good news for the Green Bay Packers. Pro Bowl selections are out. Seven guys were selected, and a couple first-timers, like Aaron Jones and Jaire Alexander. What’d you think of the list of Pro Bowlers that the Packers have this year?"

"Yeah, well, let’s be honest, I mean, when we were talking snubs last year, we were talking Za’Darius Smith and Aaron Jones, and look who’s on the list this year. They normally say you get snubbed once before you finally make it. I believe that happened with myself. It looks like that’s what happened with Aaron Jones and Za’Darius Smith from last year. To see Jaire, who has really been wanting this for some time now, and Aaron Jones, who led the league in touchdowns last year, and then Elgton Jenkins, who has played every single offensive line position this year, and played them well, those three guys really deserve their just do and they’re getting that right here." 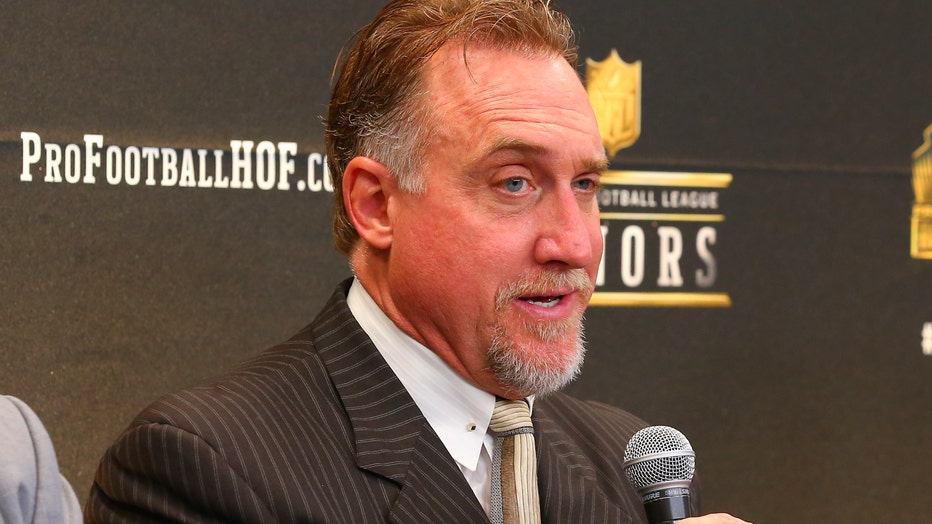 FOX6's Lily Zhao: "Well, on the other side of things, it was a tough day for green and gold faithful, you included. I know you tweeted out the passing of Kevin Greene. What did he mean to you? Because I know you played for him for a while, and what kind of guy was he?

"He was just a tremendous coach, a tremendous person and a tremendous friend," said Kuhn. "He did everything with his heart. He was a very passionate person and he wore it on his sleeve. He never messed around with anybody. He never was fooling around to the point where you couldn’t understand him. He liked to have his laughs, but he was a very serious man and always let you know exactly what he was thinking. For that, I’m very thankful for the friendship that I had with him, the opportunity that I had to play as a player on a team that he had coached and with him coaching the linebacker position, we’ve had our run-ins quite a few times and he was always a perfect example of how you want to treat those run-ins. Kevin Greene, a guy I will always remember very favorably."