MEQUON -- It is a sport that has been around for years, but it's just now making its way onto college campuses. Concordia is leading the way, creating a team from what is usually an individual competition.

"It's a group thing. It's not very common, but to have it at Concordia is pretty neat," said Hannah Barrow, triathlete. 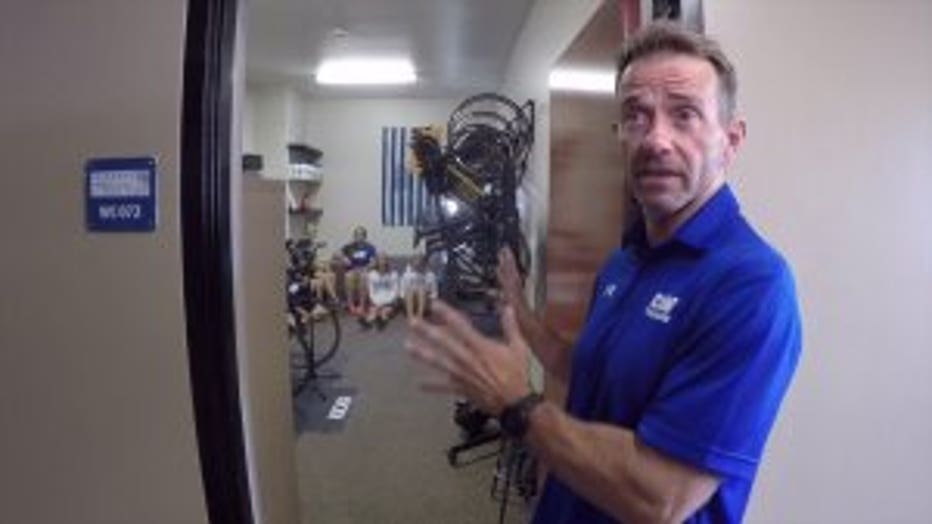 "While we race as individuals, we run as a team," said Jeff Shawhan, Concordia women's triathlon head coach.

The Concordia team is one of just 26 triathlon teams that compete on the NCAA level.

"They started the triathlon program about four years ago with the grant program from the US Triathlon Association, and what they did is, they started out the program with, I believe it was 10 girls, and now it's four years later and we are competing at the national level," said Shawhan.

Although college triathlon isn't as well known as basketball or soccer, Shawhan can find plenty of talented athletes out there. 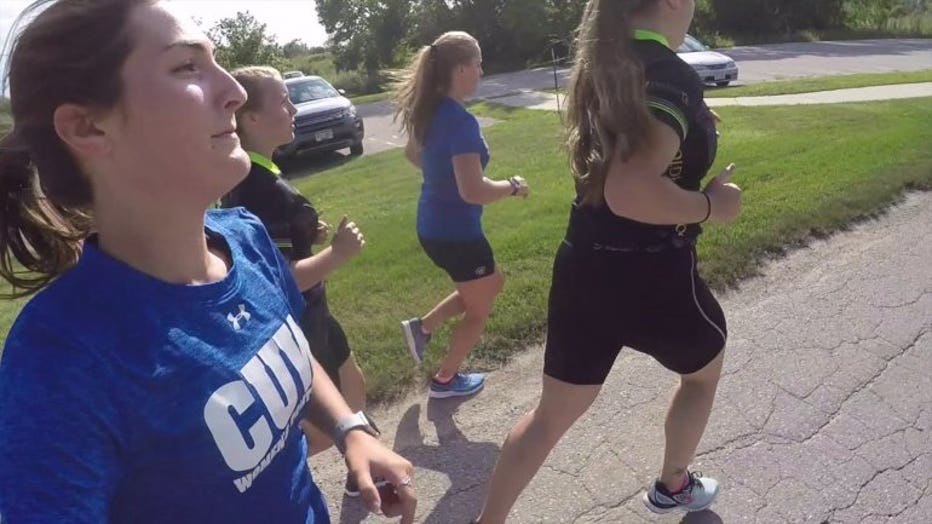 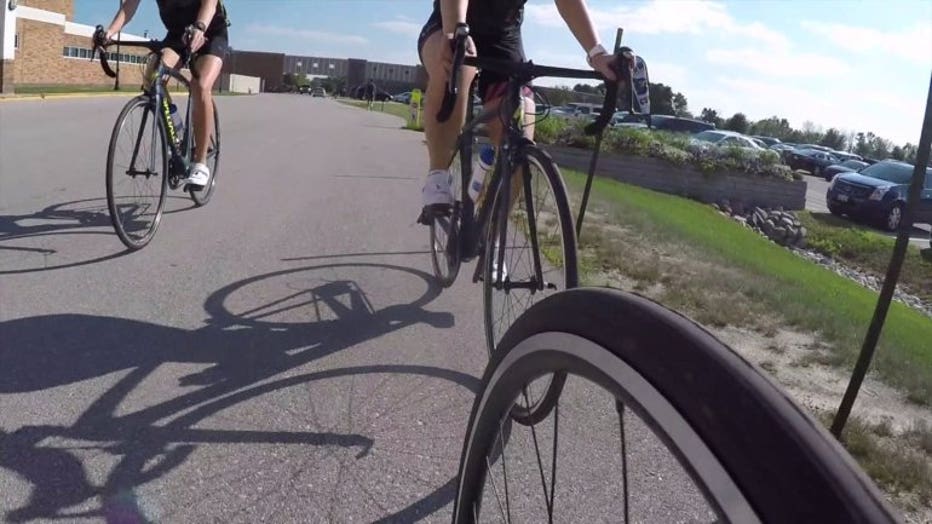 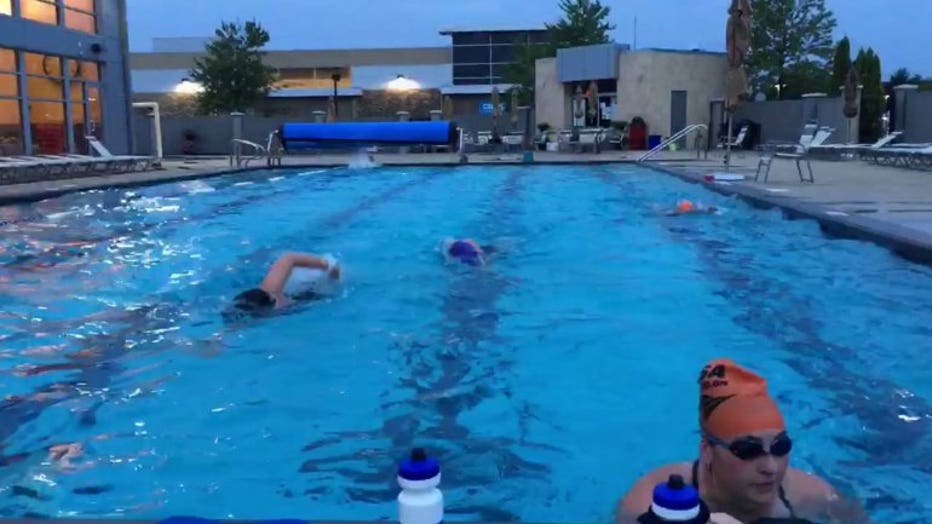 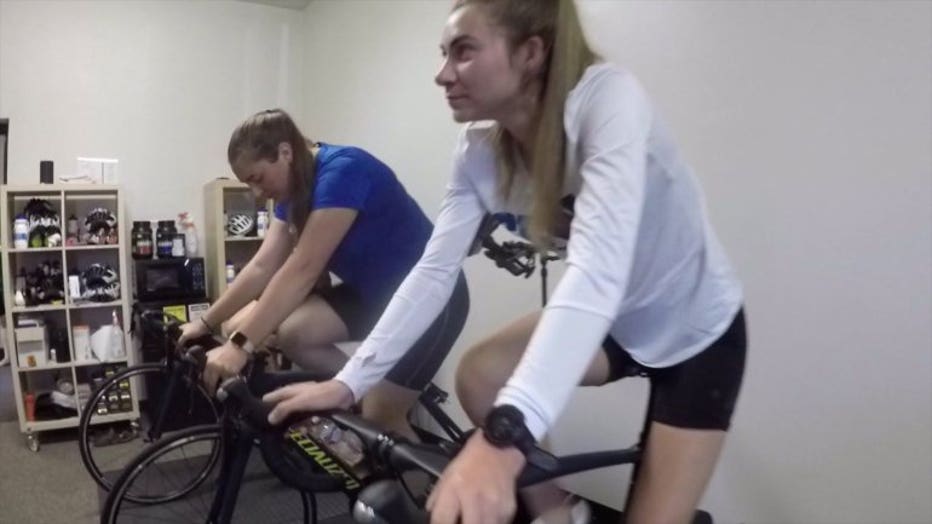 "I go through national championships on the junior level and go to some of those races with those athletes and some of the athletes we get from other backgrounds. Swimmers and cross country racers are awesome athletes for this sport," said Shawhan.

"I honestly was really scared I was going to gain the 'freshman 15,' so I picked up running and I ended up running four half marathons. Got a little bit bored of that, and so I heard that Concordia has triathlon team and I thought 'oh that's cool' and here I am. I got addicted," said Hoyt.

Hoyt placed eighth at nationals in 2017 in Division III. Pushing her this season will be Hannah Barrow, Concordia senior. She ran cross country and track at Concordia for three years, but has her dad to thank for getting her into triathlons. 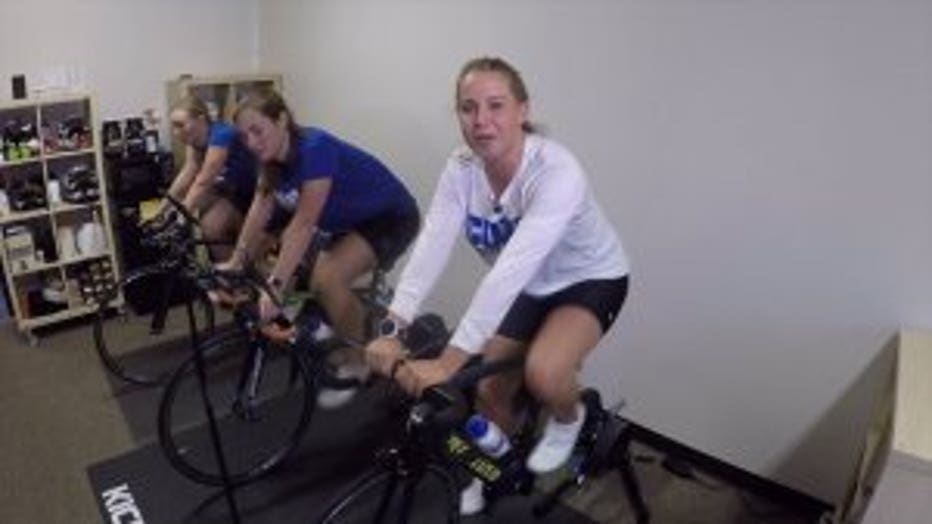 "I'd go and watch him at Elkhart Lake mostly and watch him do his triathlons and it was just so inspirational, so I was like, 'Dad I gotta do this with you,' so it's sort of a father-daughter thing to do, so then I started doing it and really got hooked on it. It's very addicting," said Barrow.

Along with new teammates, the team has a new training center, crated from an unused dorm room.

"Our assistant coach Erik wants to call it the 'Pain Cave.' We want to make it a little more inviting I guess," said Shawhan.

The room is equipped with three cycling smart trainers. 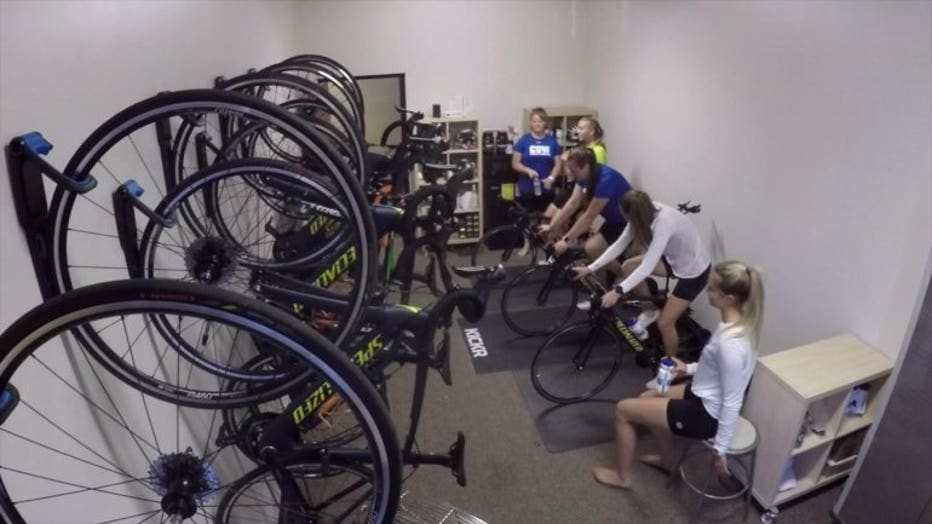 "Extremely controlled training, and what they do is, they come in, set up their program on their bike and they ride, and there's no coasting, so their effort is there effort. They can't really cheat or hide," said Shawhan.

"It kind of helps I think, so when you go outside, there's different elements, but it's hard get like, a hilly ride. It's easier to have it on the trainer road," said Barrow.

The new space does more than just make sure the athletes are keeping a training schedule. 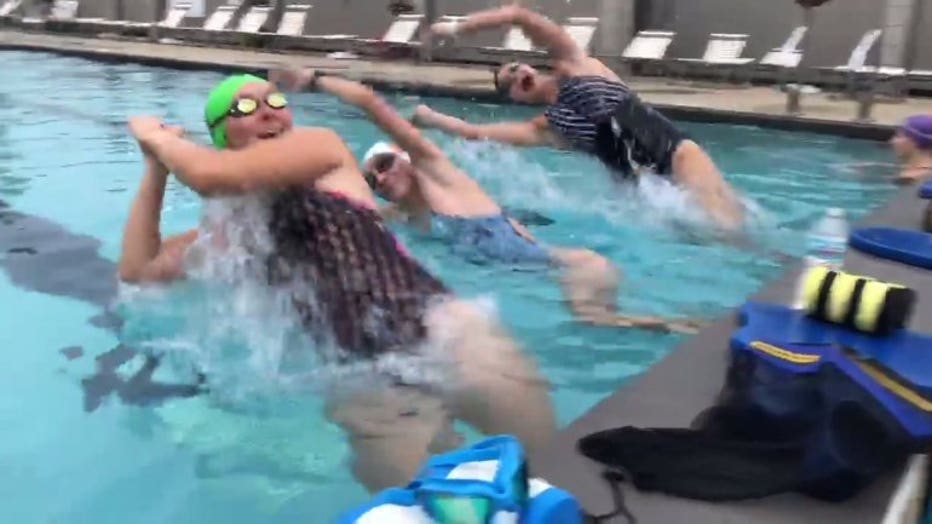 They've helped create a team out of this individual sport.

"It's a great group of girls and they really get along great," said Shawhan.

"It's fun! I have really good teammates that I would say are like my life-long friends and it's just amazing," said Hoyt.

As of right now, the NCAA just has women's triathlon. It's expected once there are more women's teams, they'll add a men's division.