LOS ANGELES -- As the Milwaukee Brewers head into Game 5 of the National League Championship Series (NLCS) with the Los Angeles Dodgers, there is one particular story line that is gripping baseball fans -- especially in Brew City. 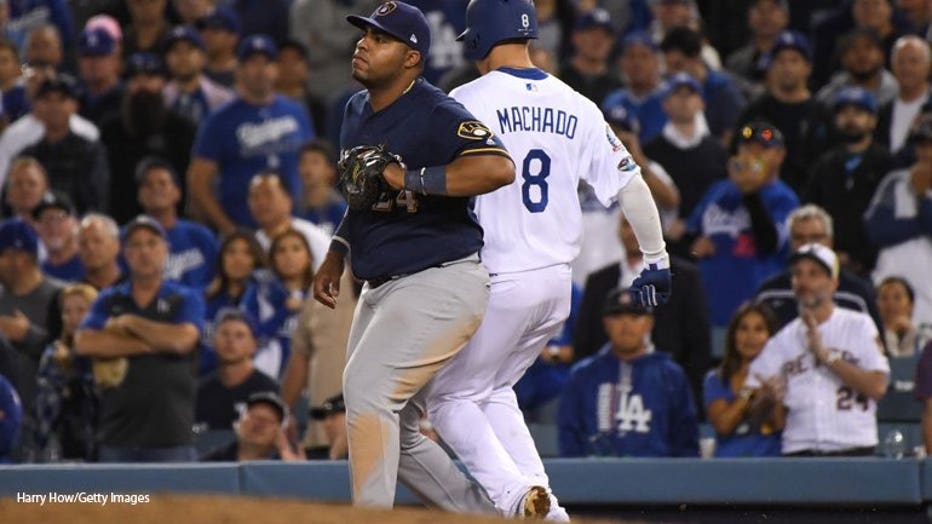 In the 10th inning, Dodgers shortstop Manny Machado allowed his left leg to clip the lower right leg of Brewers first baseman Jesús Aguilar at first base while getting thrown out on a routine play. Aguilar appeared upset and the two exchanged words.

Both benches and bullpens emptied, but no punches were thrown. 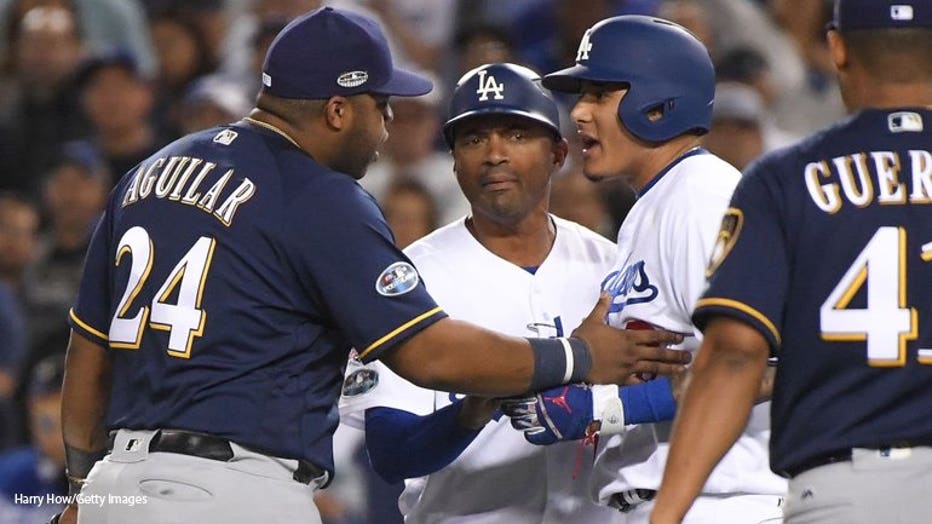 LOS ANGELES, CA - OCTOBER 16: Manny Machado #8 of the Los Angeles Dodgers and Jesus Aguilar #24 of the Milwaukee Brewers exchange words during the tenth inning in Game Four of the National League Championship Series at Dodger Stadium on October 16, 2

After the game, Brewers players were quick to defend Aguilar -- and point fingers at Machado. 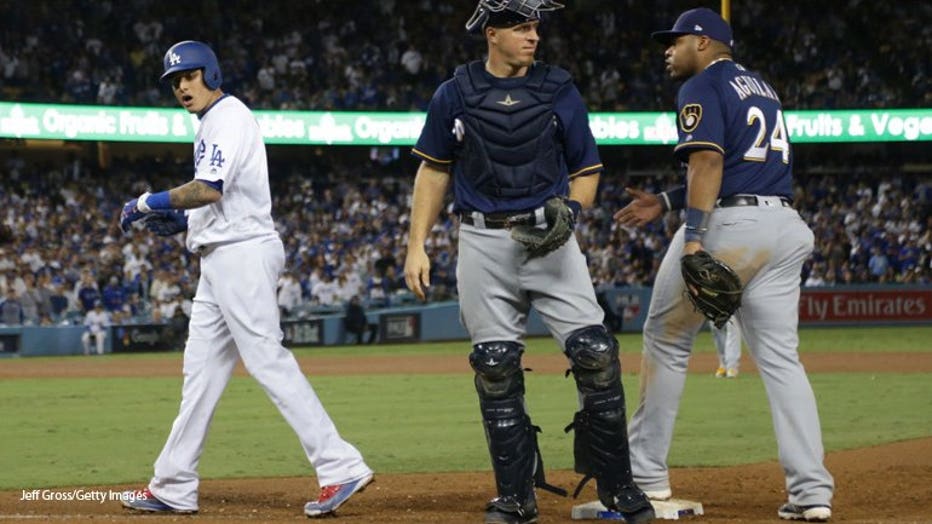 LOS ANGELES, CA - OCTOBER 16: Manny Machado #8 of the Los Angeles Dodgers and Jesus Aguilar #24 of the Milwaukee Brewers exchange words after Machado's foot hit Aguilar's on his way to being thrown out at first base as catcher Erik Kratz #15 of the M

Aguilar, however, said the two talked it out after Machado singled in the 13th. Machado said they go back to their days in the minors.