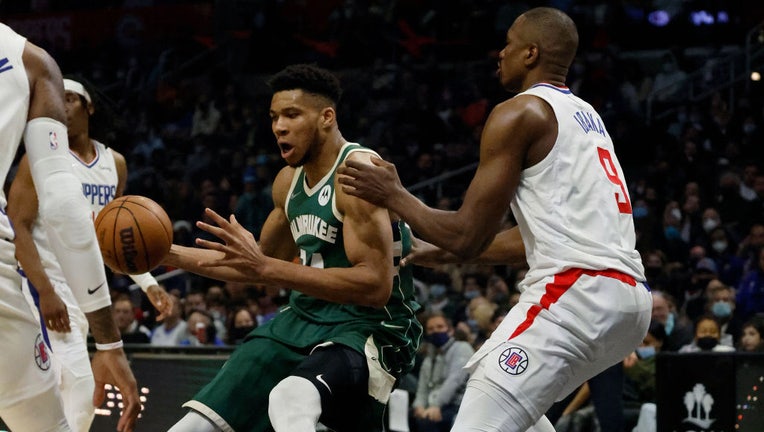 MILWAUKEE - Milwaukee Bucks general manager Jon Horst says this might be the deepest team he’s had heading into the stretch run of a regular season.

The Bucks sent guard Donte DiVincenzo to the Sacramento Kings and dealt forwards Rodney Hood and Semi Ojeleye to the Los Angeles Clippers as part of the four-team trade that brought them Ibaka. Now they’re waiting to see what veterans become available on the buyout market.

"That was one of our goals, to really take some more bites at the apple and figure out how to add some specific pieces to this team," Horst said Monday. "I don’t think we’re going to rush. If something great comes at us, we’ll do it as early as today or tomorrow or the next day. If we don’t love it, we’ll wait. We’ll be patient. I don’t think we have to rush into doing anything."

The Bucks returned from a West Coast trip with a 35-22 record that put them tied for third in the Eastern Conference, just two games behind the first-place Miami Heat but only three games ahead of the seventh-place Toronto Raptors.

Milwaukee is playing without center Brook Lopez, who is recovering from back surgery and has been out since the season opener. The backcourt depth took a hit with the departure of DiVincenzo and the temporary loss of Pat Connaughton, who underwent surgery Monday after breaking a bone in his right hand the night of the Ibaka trade.

The Bucks announced Monday that they expect Connaughton to miss about four weeks.

Ibaka gives Milwaukee a playoff-tested performer who can provide some insurance as the Bucks wait on the return of Lopez.

"I feel like it’s a perfect fit for me," Ibaka said Sunday.

The 32-year-old Ibaka has his own history of back trouble. While the Clippers reached the Western Conference finals last season, Ibaka appeared in just two playoff games before undergoing back surgery. The back issue caused Ibaka to miss the Clippers’ first eight games this season, though he now says he’s back at 100%.

Ibaka averaged 6.6 points, 4.3 rebounds and 15.4 minutes in 35 games with the Clippers this season. The 6-foot-10 center won an NBA title with the 2019 Raptors, who rallied from a 2-0 deficit to beat the top-seeded Bucks in the Eastern Conference finals that year.

If you’re still looking for something to pick up as a gift before you spend the evening with your valentine, we’ve got you covered.

Wisconsin Lutheran sophomore Emilia Bervera is all about family and helping out kids. That's what makes her this week's FOX6 High School Hot Shot.