Home from college due to pandemic, Wales golfer wins state tourney with dad

Wales native Abby Cavaiani and her father, Jay, proved they’re one of the top duos on the golf course.

"It’s been a dream to be able to enjoy this game with her and work with her on it," said Jay Cavaiani.

Wales native Abby Cavaiani and her father proved they’re one of the top duos on the golf course -- winners of the WSGA's Wisconsin State Father-Daughter Championship at Bristlecone Aug. 3.

"This tournament was probably one of our favorite moments, just being able to compete and do well together, special moments for us," said Abby Cavaiani.

"To be out there with my daughter, competing and enjoying each other's company as well, and to be fortunate enough to win by one definitely feels like a blessing," said Jay Cavaiani. 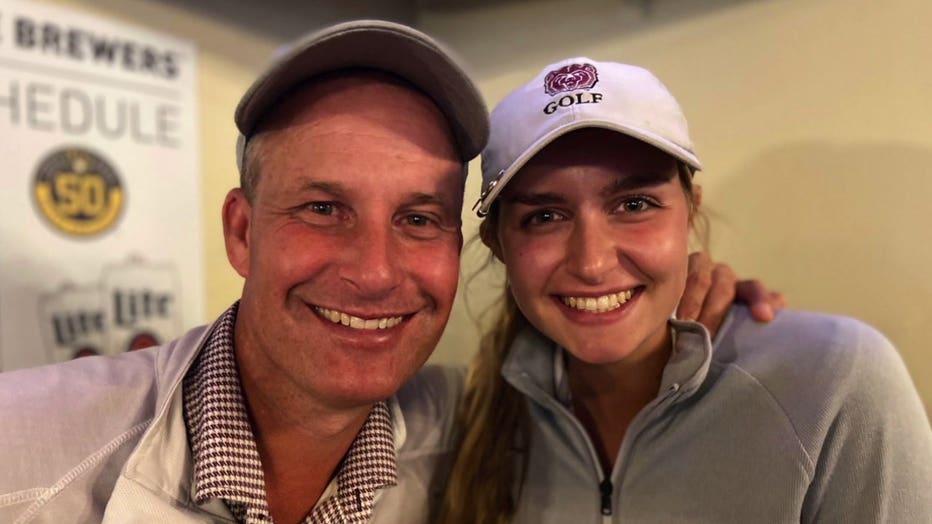 Golf has always been a part of the Cavaiani family, but a trip to the Masters when Abby was just 12 changed everything.

"I think from there, I fell in love with the game a little more, and the love just grew up from there," she said.

Since then, the 20-year-old has been named the 2017 Player of the Year by the Golf Coaches Association of Wisconsin while at Kettle Moraine, and she was also a Missouri Valley Conference individual champ her freshman season at Missouri State.

However, everything came to a halt due to the COVID-19 pandemic, and Abby has been home since March, but these last few months have given her something invaluable.

"It was kind of special, in a way," she said. "There hasn’t been a time where my siblings and parents have been together in the same house at the same time. It’s been special. Grown as a family during this time."

A majority of that time at home has been spent perfecting her craft.

"My dad has taught me a lot of what I know in golf," said Abby Cavaiani. "He knows my swing and game better than anyway -- supporting me to do my best no matter what." 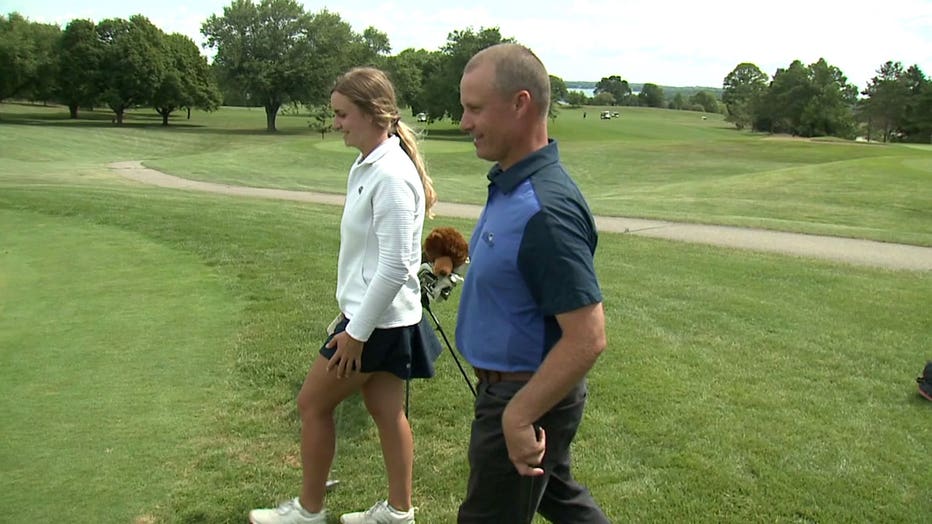 The Cavaianis' bond has grown on the course, but they also don’t shy away from any friendly competition.

The Cavaianis enjoyed their final bit of father-daughter competition with a best of five, who gets closest to the pin. So with Abby now back in college, how did this girl dad take it?