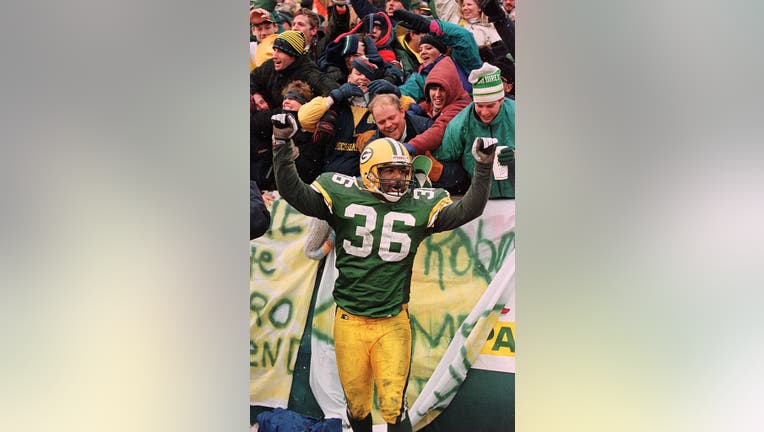 MILWAUKEE - Former Green Bay Packers defensive back LeRoy Butler has been named a member of the 2022 Pro Football Hall of Fame induction class.

Announced at the NFL Honors Thursday night, Butler's induction comes on his third try as a finalist for the sport's highest individual honor.

Butler played all 12 seasons of his NFL career with the Packers. During that time, he was a central cog in the Super Bowl XXXI championship defense and was named a four-time All-Pro and Pro Bowler.

Famously, Butler became the first player to jump into the Lambeau Field stands after he scored a touchdown – inventing the now-famous "Lambeau Leap" in the process.

The former defensive back is also a member of the NFL's All-Decade team of the 1990s and is an inductee to the Green Bay Packers Hall of Fame. Until now, Butler was the only first-team offensive or defensive player from that group that had not been inducted.

The Packers drafted Butler in the second round of the 1990 NFL draft out of Florida State. During Butler's time in Green Bay, the Packers made the playoffs seven times had a winning record in each of his final 10 seasons. Six times, including five consecutive seasons, those defenses ranked in the top-five in points allowed. The defense was ranked first in the NFL during the championship 1996 season.

Butler's 181 games played for the Packers is the most among defensive backs in team history and the seventh among all players. That included a streak of 116 consecutive games. He played all 16 games in nine of his 12 seasons.

This marked the second consecutive induction class to include a former Packers player. Super Bowl champion defensive back Charles Woodson was inducted in 2021.

Butler was one of 15 modern-era finalists for the 2022 class.

"LeRoy was a great leader and teammate. In professional football, great players have a knack for being around the ball and producing big plays, and LeRoy was that player."

"On behalf of the entire Green Bay Packers organization, I want to congratulate LeRoy on his election to the Pro Football Hall of Fame. It is an honor that he earned through his hard work, leadership and outstanding play. I’m so happy for LeRoy and his family. He was a versatile player and key part of the teams that helped return the Packers to championship level football."

"LeRoy was a great player and team leader who I always knew I could count on in any situation."

"It is wonderful that the premier safety of the 90's is getting his just reward by entering pro football's sacred chamber, THE HALL OF FAME. It is well earned due to his passion for the game and his dedication to the Green Bay Packers along with his superb play."