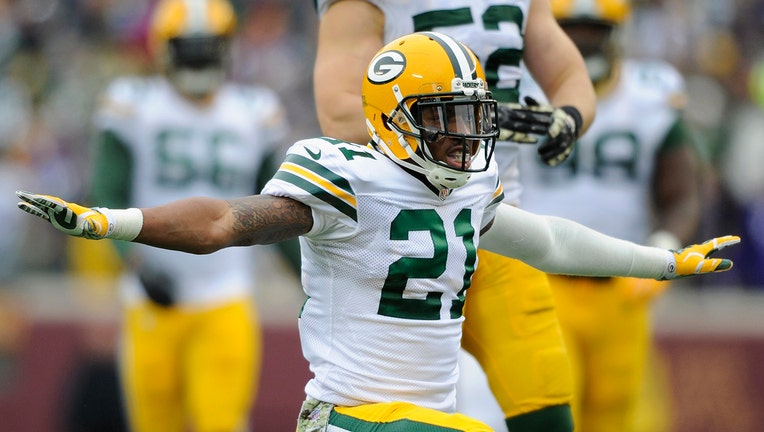 Ha Ha Clinton-Dix celebrates breaking up a pass against the Minnesota Vikings on Nov. 23, 2014. (Photo by Hannah Foslien/Getty Images)

The Packers drafted Clinton-Dix with the 21st overall pick of the 2014 NFL draft. He played 71 regular season games for the Packers, including 65 starts, from 2014-2018 and registered 419 tackles and a team-best 14 interceptions over that span. He also started all seven playoff games and posted 39 tackles and three interceptions in those games.

In 2016, Clinton-Dix made the Pro Bowl and was named second-team All-Pro by The Associated Press. That season, the safety led the Packers with a career-high 117 tackles, five interceptions and three sacks.

Clinton-Dix was traded to Washington during the 2018 regular season and started the final nine games there. In 2019, he started all 16 games for the Chicago Bears and appeared in two contests for the Las Vegas Raiders in 2021. He also spent time with the Dallas Cowboys, San Francisco 49ers and Denver Broncos. The 30-year-old did not play this season.