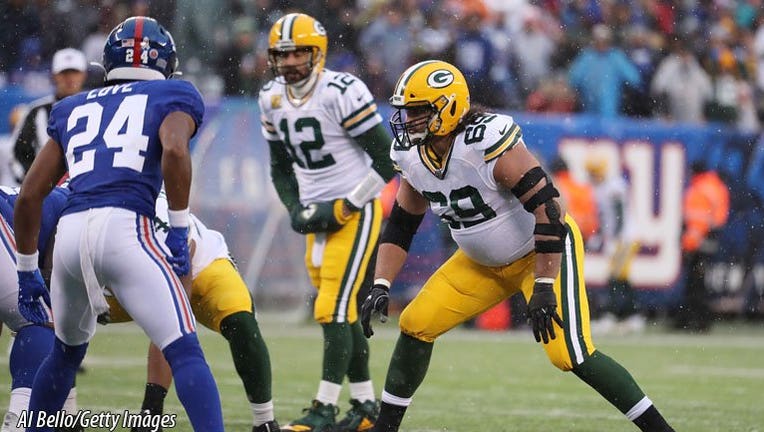 Packers coach Matt LaFleur confirmed the severity of the injury Friday. The injury comes six weeks after the standout left tackle agreed to terms on a four-year contract worth up to $105.5 million with a $30 million signing bonus.

"It’s just one of those unfortunate, freak things that happens sometimes in practice," LaFleur said. "It was certainly nobody’s fault. It was a freaky deal, and you know, it’s tough to replace a guy of his caliber. I mean, you’re talking about a premier left tackle in this league."

The injury was first reported by NFL Network.

Bakhtiari played a major role in helping the Packers (12-3) win a second straight NFC North title and and score a league-leading 31.6 points per game. The 2013 fourth-round pick from Colorado was one of seven Packers selected to the Pro Bowl last week. He was a second-team Associated Press All-Pro pick last year.

Quarterback Aaron Rodgers said Friday he was "still kind of in the grieving process" after learning Bakhtiari wouldn’t return this season.

"It’s tough to see a guy go down at practice like that," Rodgers said. "You’re hoping for the best. I got a call from him yesterday late in the afternoon. I was hoping for some good news, didn’t get it. You’ve got to move on, but right now it’s still a little raw. We’re still sad and hurting for Dave just because it’s our brother and it’s our left tackle, our teammate. It’s been a tough time for us..."

Bakhtiari’s injury will force Green Bay to shuffle its offensive line once again as it heads to Chicago (8-7) in a game with major implications for both teams.

Green Bay can earn the No. 1 seed in the NFC playoffs plus a first-round bye if it beats or ties the Bears, or if San Francisco (6-9) beats or ties Seattle (11-4). Chicago can clinch a playoff berth with a victory.

During those three games, Green Bay adapted by moving usual right tackle Billy Turner over to the left side and having Rick Wagner enter at right tackle. Green Bay went 2-1 during that stretch with victories at Houston and San Francisco sandwiching a home loss to Minnesota.

Complicating matters this time: Wagner suffered a knee injury Sunday in a 40-14 victory over the Tennessee Titans. LaFleur said Friday that "we think he’s going to be good to go" for the Bears game.

The Packers have dealt with multiple injuries on the offensive line but still have allowed just 20 sacks, the second-lowest total behind Pittsburgh’s 13.

LaFleur said Friday that "this is the best offensive line group I’ve been around." The depth of that line now will face its biggest test after losing its standout player.

"There’s going to be nobody’s that’s feeling sorry for us as a football team," LaFleur said. "And our standards, our expectations, they don’t change. And so, we’re very fortunate to have a lot of depth at that position and the versatility of guys that can play multiple spots. So we’ll lean on that, we’ll rally around each other and, you know, we’re going to make the best of it."

1-on-1 with FOX Sports’ Daryl Johnston

Ten finalists have been named in the search for the 23rd member of the Packers FAN Hall of Fame, and voting begins Friday, Jan. 1 for fans to make the selection.

The Associated Press says here are some off-the-beaten-track NFL honors to consider.