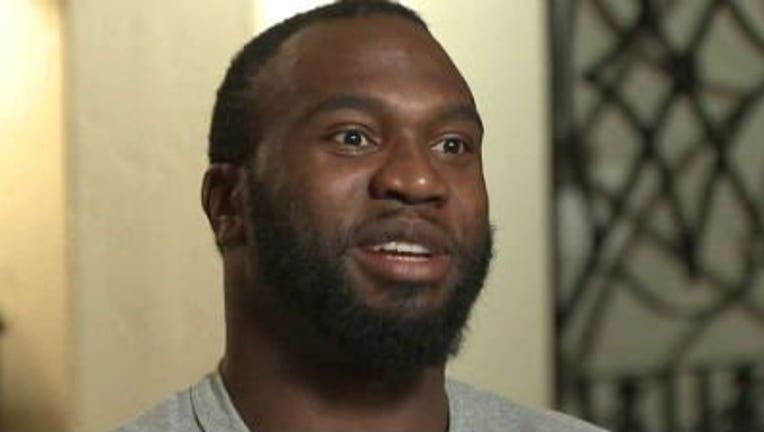 GREEN BAY, Wis. - The Green Bay Packers had a long flight back from London after suffering a deflating 27-22 loss to the New York Giants.

FOX6's Lily Zhao went one-on-one with former Packers safety Nick Collins to get his insight on how this team can move forward and why fans should hold off on hitting that panic button.

Lily Zhao: "Nick, you made the trip across the pond, saw all the Packers fans in London as well. What was that whole experience like for you?"

Nick Collins: "The experience was amazing. London is a beautiful place, and we were able to do a lot of sightseeing, do a lot of tours and visit great places, and learn about the city. To go across the pond and have that many Packers fans over there was quite the experience."

Zhao: "This defense, which has been highly talked about, they were simply outplayed by Daniel Jones and the short-handed Giants. With all that talent on the defense, what needs to be corrected? Is it simply execution? The game plan?"

Collins: "Yeah, I think they just got to execute a little better. I think they got to make more plays on the back end. In the secondary, they got to be more aggressive getting turnovers. I think you got two great defensive ends in Rashan Gary and Preston Smith who are having a phenomenal year. I think both of them got a sack taken away from them this game, so I think they're doing a lot of great things, but they have to polish up on a lot of things as well."

Zhao: "With how the second half played out, was this loss worrisome to you?"

Collins: "I think they can rebound. I think what's disappointing about the loss is that you're the more superior team, and you let this team come in and take one away from you. Now, instead of being 4-1, you're 3-2. The schedule is not in our favor after the bye. It's going to be tough. I think that's why everybody is like ah, that's a tough loss, but at the end of the day, there's nothing to panic about, but just got to get on the right path."

Zhao: "There's no rest for this team. The 3-2 Jets are coming to Lambeau Field, fresh off a trouncing of the Dolphins. How can the Packers rebound in what feels like a must-win game?"

Collins: "I think you just go in there and stick to your guns. Getting those running backs involved, a lot more than they did in London, and I think those two backs are very special. Obviously, we got the best quarterback in the league in my opinion. We just got to get it all rolling at the same time, and some of the younger guys need to take a page out of Randall Cobb's book because he was on fire over there in London."

The Packers take on the Jets this Sunday at 12 pm, only on FOX6.