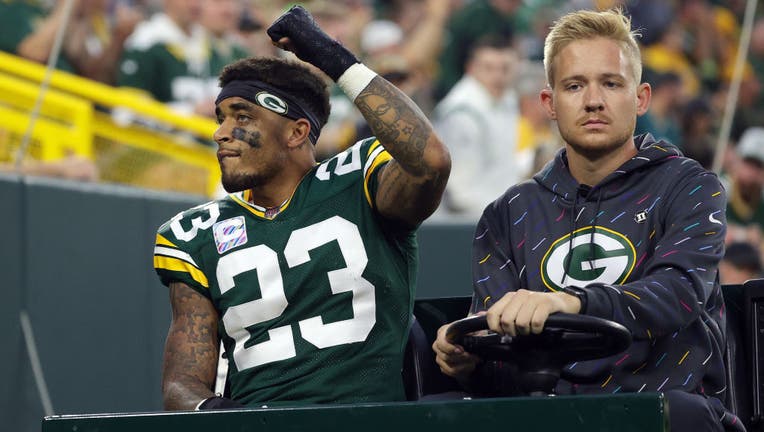 GREEN BAY, Wis. - The Green Bay Packers are hoping 2020 Pro Bowl cornerback Jaire Alexander’s injured shoulder will heal on its own rather than needing season-ending surgery.

"It’s one of those things we’re going to let heal and see where it’s at down the line before making that determination (on surgery)," coach Matt LaFleur said on Friday. "But we’re hopeful that it’ll heal the right way and he’ll be back with us in a matter of weeks."

Alexander was injured during the third quarter of a 27-17 victory over the Pittsburgh Steelers. LaFleur ruled out Alexander and center Josh Myers (finger) for Sunday’s game at Cincinnati.

"It’s obviously big shoes to fill," receiver Davante Adams said of losing Alexander. "Jaire’s all over the place. He makes a lot of plays. It’s not often a play is made on him."

Alexander, who missed only one game over the previous two seasons, was a second-team selection in the 2020 All-Pro voting. He had one interception during the 2020 regular season and two more in the NFC championship game.

Voted one of two permanent defensive captains for this season, he had another interception in a Week 3 victory at San Francisco.

"He prepares the right way, he’s a pro," LaFleur said. "Not to mention, he’s pretty damn good at corner, as well. I just think he’s the complete package."

Without Alexander, the Packers are expected to start Kevin King and rookie first-round pick Eric Stokes at cornerback with Chandon Sullivan in the slot. King missed the last two games with a concussion but was a full participant at Friday’s practice.