Germantown native Evan Bach is taking part in a 4,000-mile run across the country to raise money for young adults impacted by cancer.

GERMANTOWN, Wis. - Lacing up your tennis shoes and going for a run can be just as simple as that. For Germantown native Evan Bach, running ended up changing his life.

"I was kind of an overweight kid," said Bach. "I decided I wanted to get into better shape. I was like 220 pounds, so I decided to start running every day. It transitioned into me doing 5Ks and moving to 10K distance and I was doing half marathons. Before you knew it, I just loved it."

The further Bach ran, the more he knew he could put his newfound passion to good use.

Bach is taking part in a 4,000-mile run across the country to raise money for young adults impacted by cancer. So far, he's raised close to $3,000 for "4K For Cancer", a program from the Ulman Foundation.

"It helps them afford treatment," said Bach. "It helps pay for their housing while they're going for that treatment. Just makes living situations better and is an overall better experience to make sure no young adult deals with cancer alone." 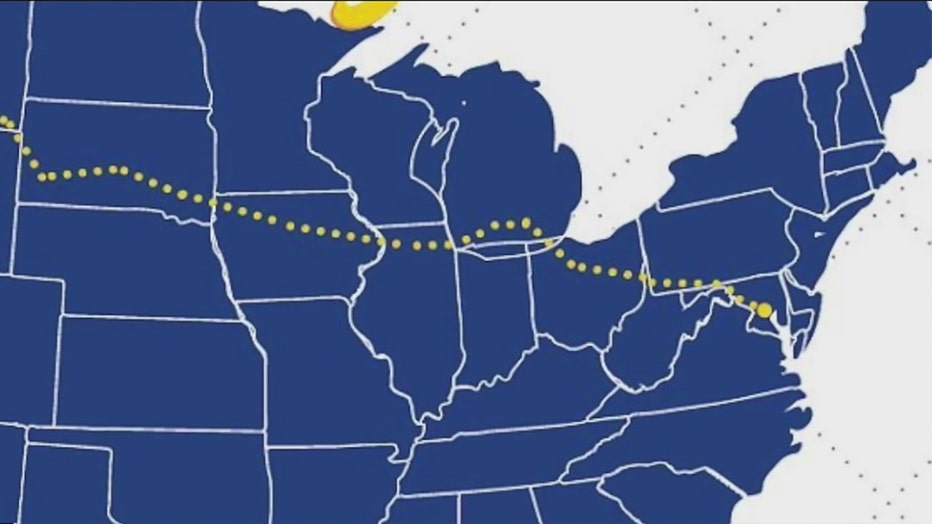 Part of 4K for Cancer route

This will be a 49-day journey for Bach, who will be running with about 30 other college kids his age. They'll start in Baltimore and finish in San Francisco from June 20 to Aug. 7 in a relay-style race across America.

"They kind of leapfrog city to city," said Bach. "We'll have a new day in each city all the way across the country, so I'm not going to be running the entire distance. I'll be running about 500 miles of it in total." 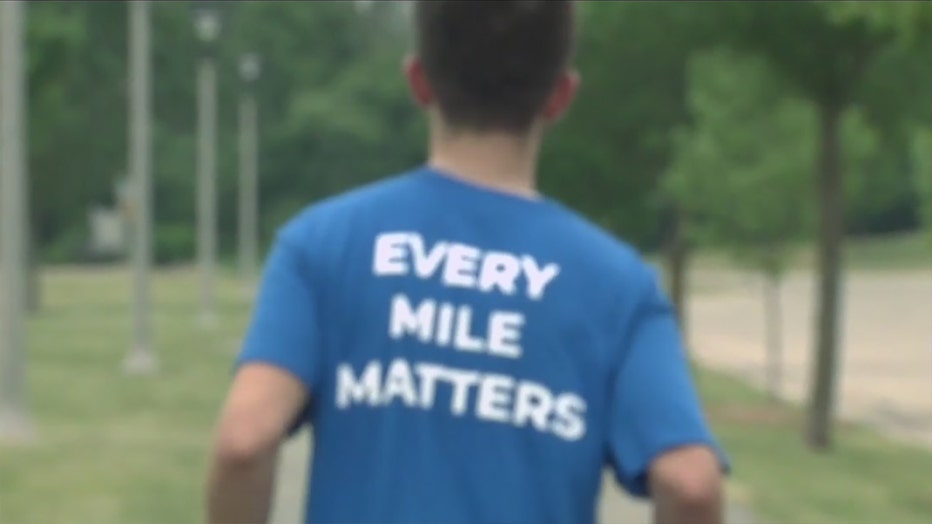 Bach's efforts will benefit countless strangers affected by cancer, but there's also someone near and dear to his heart who he's running for.

"My grandpa was affected by cancer," said Bach. "He, unfortunately, passed away before I was born."

That would be Grandpa Gary Orberg, who will be with Bach his whole journey.

"We have dedication circles every day on our run, where we dedicate our run each day to someone who has been impacted by cancer," said Bach. "We usually write it on our legs or on our arms, so that's usually how we honor people."

So as Bach gets set for such a monumental run, he's putting everything on the line for a bigger cause.

"This year, I kind of stepped up to the plate again to raise money because I truly believe in it," said Bach. "I ended up leaving my job to go do it because it's something I'm so passionate about." 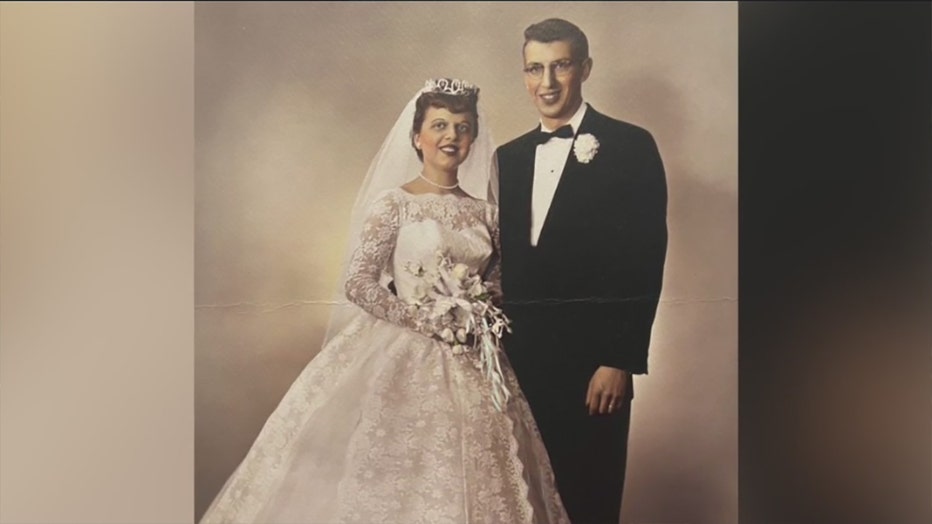 "Helping others, raising money, seeing the country, finding kind of what I want to do in life," said Bach. "Hopefully, I can get a job with some nonprofit one day."

He's hoping his story can influence others to find their own passion.

A former Wisconsin Badgers basketball star and Racine native is headed to Tokyo – competing in the Olympics for three-on-three basketball, but not for the U.S.

Imagine getting paid to play a game you love. For two golfers in Wisconsin, that is happening this summer.

Teddy Wong worked hard to get to this point, however, for the last few years, life was always serving him a shot he couldn’t quite send back.