MILWAUKEE -- The Milwaukee Brewers spent the offseason sprucing up Miller Park. The improvements will be ready to go come Opening Day on Friday, April 6th.

Among the improvements will be a new "Bernie's Chalet" that has the look and feel of Bernie's Chalet from County Stadium. It'll be located on the field level in the "Hot Corner." It will sell custom-made Brewers merchandise, including jerseys and bats. Fans will also get a glimpse inside Bernie Brewer's bedroom. 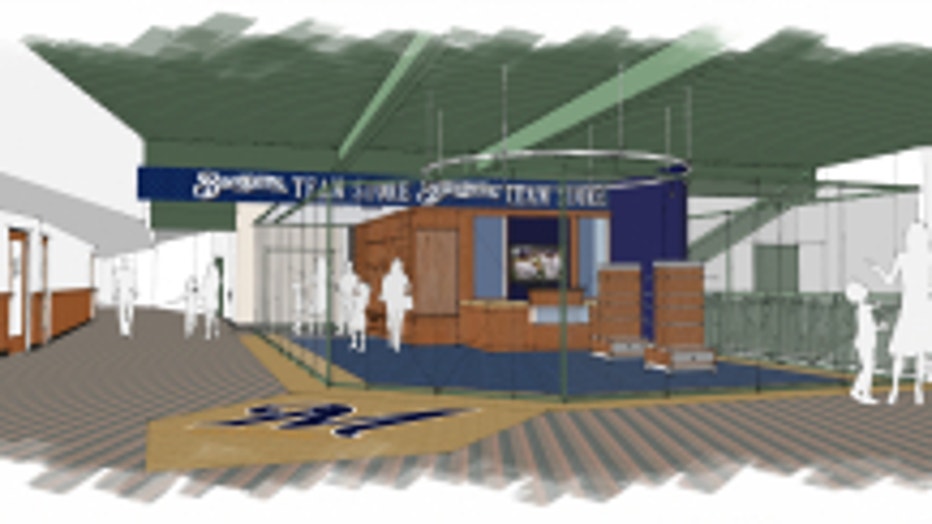 On the club level, the current retail space near the Home Plate Lounge is being expanded to create an enclosed 800 square foot Brewers Team Store. The retail store will contain a larger selection of Brewers merchandise and accommodate more customers.

Lastly, at Helfaer Field, changes will impact both the interior and exterior spaces. In the inside atrium, upgrades include new signage and buffet carts. Outside, the facility will receive a fresh coat of paint while misters are being added above the concourse for hot summer days.