MILWAUKEE -- The Medical College of Wisconsin (MCW) bestowed an honorary doctorate of humanities degree to Green Bay Packers quarterback Aaron Rodgers on Thursday, May 31 for his commitment to end childhood cancer and blood disorders.

One of the highest honors that an educational institution can award is an honorary degree. Rodgers’ was bestowed the honorary degree in recognition for his exemplary commitment to improve health for children facing cancer. Rodgers works with MCW faculty and others in the community toward this goal, and is heavily involved in the MACC Fund, (Midwest Athletes Against Childhood Cancer, Inc.) 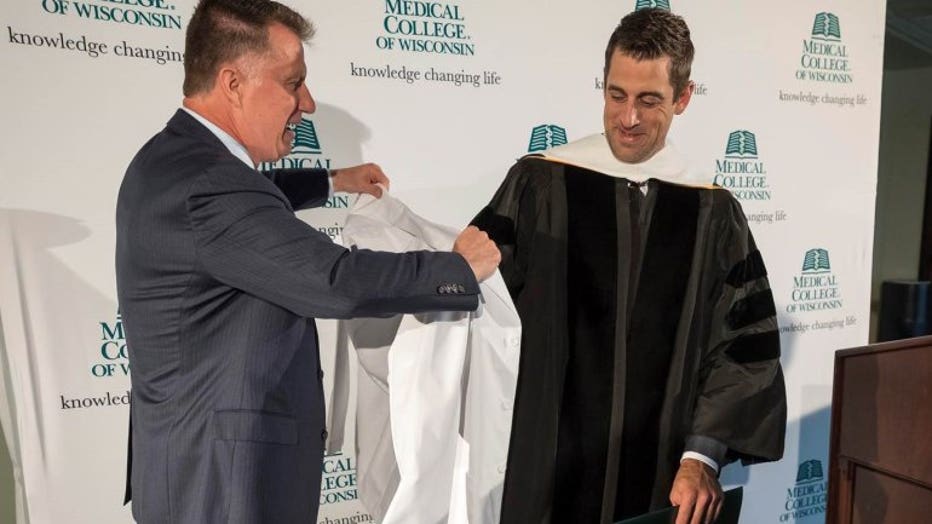 A news release says this "honor recognizes Rodgers’ substantial contributions to fighting childhood cancer and blood disorders. His passion for this cause is evident by his words, and, most importantly, his actions.  He has helped raise $2.8 million dollars for research impacting thousands of lives. And quietly, he continues to give hope to the children by his support of the MACC Fund."