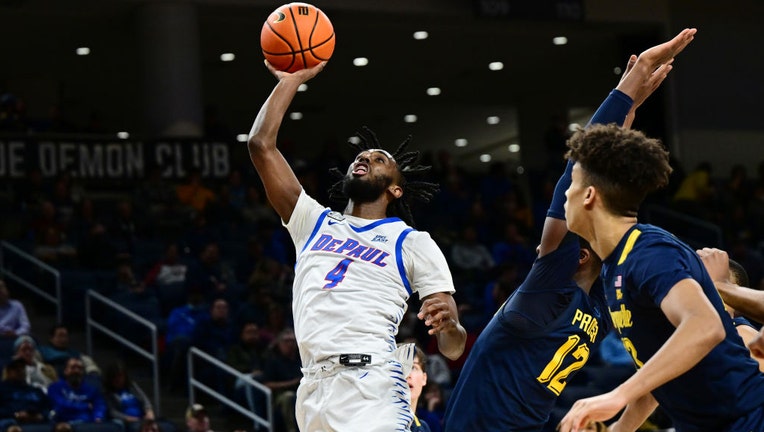 CHICAGO, ILLINOIS - MARCH 02: Javon Freeman-Liberty #4 of the DePaul Blue Demons shoots in the second half against the Marquette Golden Eagles at Wintrust Arena on March 02, 2022 in Chicago, Illinois. (Photo by Quinn Harris/Getty Images)

CHICAGO - Javon Freeman-Liberty had 26 points as DePaul got past Marquette 91-80 on Wednesday night.

Jrue Holiday banked in a driving layup with 1.9 seconds left and the Milwaukee Bucks rallied from a 14-point deficit in the final six minutes to beat the Miami Heat 120-119 on Wednesday night.

Milwaukee Brewers regular season games have been canceled, a result of ongoing labor disputes between MLB and the players' union.