It was an exciting day in the Deer District! Despite the fact that it wasn't a home game for the Bucks, Milwaukee still came together to watch Game 4.

MILWAUKEE - It was an exciting day in the Deer District! Despite the fact that it wasn't a home game for the Bucks, Milwaukee still came together to watch Game 4 vs. the Heat.

"Oh, it’s awesome," said Nicholas Schultz. "Everyone seems like they’re having a really great time. I’m so happy to be vibing with them all, and I’m really excited to continue and get the Bucks a championship!" 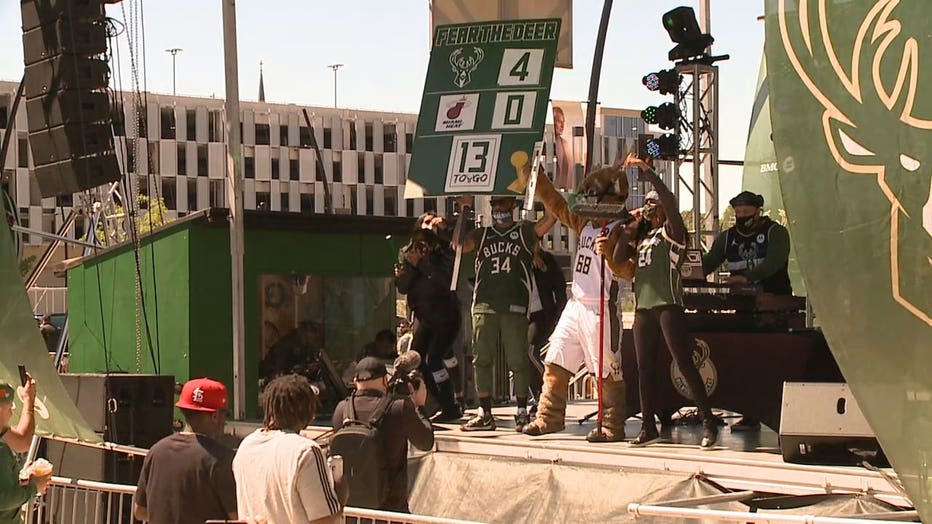 With the number of wins left until a ring down to 12, fans said it's long overdue.

"Five decades since the last time this city won an NBA championship," said Tony Wrencher. "That’s too long. I was a little kid back then. That’s too long of a wait."

With some time to rest before Round 2, fans said they're looking forward to the next opponent. 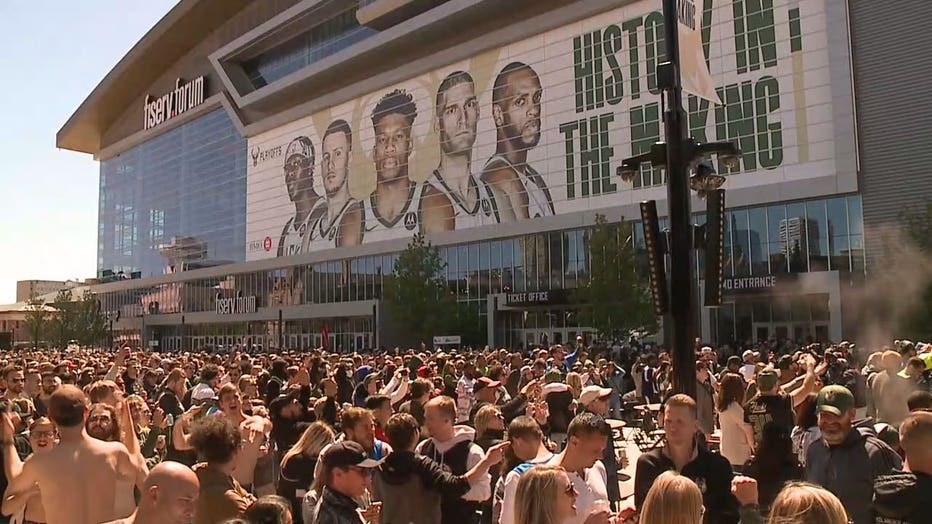 "I mean, I’m feeling good," said Jasin Sinani. "If we get the Nets next round and we beat them, I think the championship's ours."

The Bucks will next face the winner of the Nets/Celtics series and don't forget, the next home game will be the first at 100% capacity.