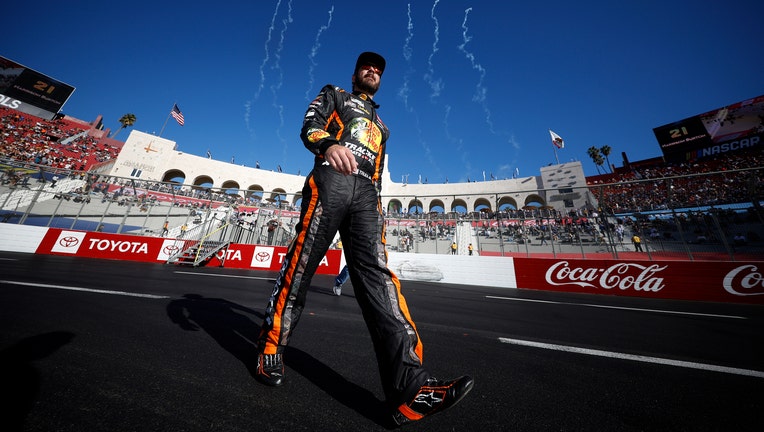 DAYTONA, Fla. - Martin Truex Jr. is one of the top drivers on NASCAR's top circuit.

He's a former season champion and has 31 career cup wins.

"I think over the years, I have kind of gotten a bit more carefree," said Truex Jr. "When you're coming up in the sport, and you're trying to make a name for yourself, it's pretty stressful, right? These days, it's really just all about the wins and going after more championships."

Truex is a football fan, specifically a Philadelphia Eagles fan.

He would love to see his team be a bigger factor in the NFC, but knows the Packers aren't riding a wave of postseason success either.

In his sport, he's qualified for the playoffs every year since 2015, so he's providing months of entertainment but then trying to win the races at the end, as well.

"Generally, most of the year you're just trying to knock out that first win and then make your way into the playoffs, and then you want to win more races and get as many bonus points at you can so that you have kind of a safety net during the playoffs," Truex Jr. said. "We try to do all of our experimenting and do all the crazy things we want to do during the regular season and then when the playoffs start you've got to bring your best every week and be prepared."

Truex Jr. and his longtime girlfriend have found more and more ways to score successes out of the car, too.

"We have got a lot going on all the time," said Truex Jr. "Racing keeps you very busy, but we do spend a lot of time on our foundation and trying to help others with pediatric cancer and ovarian cancer and things.  That's going really well.  We actually have a big event going on at Daytona this Saturday, Catwalk for the Cause. This one in Daytona is going to be just for the ladies, so I will be there in attendance cheering them on."

Truex Jr. has plenty of intensity around the track, but it is not a stretch to say he's become comfortably mellow in most of his life.

"I’ve been doing this long enough that it's all good," Truex Jr. "Once you get to the car, the switch flips, and you're ready to go."

They call it the Great American Race and you can see the Daytona 500 on FOX6 this Sunday as the green flag falls at 1:30 p.m.