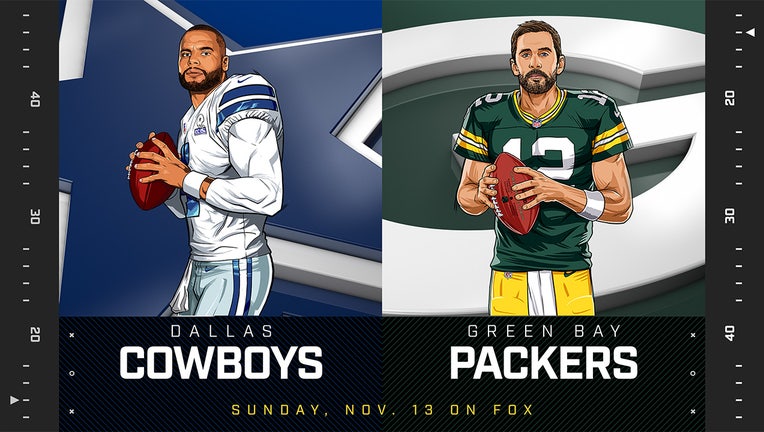 GREEN BAY, Wis. - Here's a bit of a teaser to the next NFL season. NFL on FOX Sports Analyst and Hall of Fame Coach Jimmy Johnson revealed on FOX & Friends on Wednesday morning , May 11 that the Dallas Cowboys will face the Green Bay Packers on FOX6 on Sunday, Nov. 13.

The matchup was exclusively revealed on "Fox & Friends" on Wednesday morning.

"America’s Game of the Week, it should be exciting. First of all, you got two playoff teams. You got Aaron Rodgers, Dak Prescott, plus Mike McCarthy – the head coach. He’s returning to Green Bay to a team where he won a Super Bowl. It should be a great ball game," said Jimmy Johnson, who coached the Cowboys before he became a broadcaster on FOX’s NFL pregame show.

McCarthy coached the Packers from 2006 to 2018 before he was fired after Week 13 of the season. He guided the Packers to one Super Bowl title during the 2011 season but was never able to replicate that feat.

Green Bay has been close to getting back to the Super Bowl since hiring Matt LaFleur but have yet to break through the NFC Championship Game to get there.

Catch the rest of the NFL Schedule Release at 7 p.m. on Thursday!