Americans to watch at the Tokyo Olympics

This year’s American Olympic team, comprised of familiar faces and some newcomers, will try to add to Team USA’s impressive and world-leading medal count.

Team USA will be without Coco Gauff when the Tokyo Olympics get underway after America’s rising tennis star tested positive for COVID-19.

Gauff announced the news on Twitter Sunday afternoon, saying she was disappointed to miss the games. 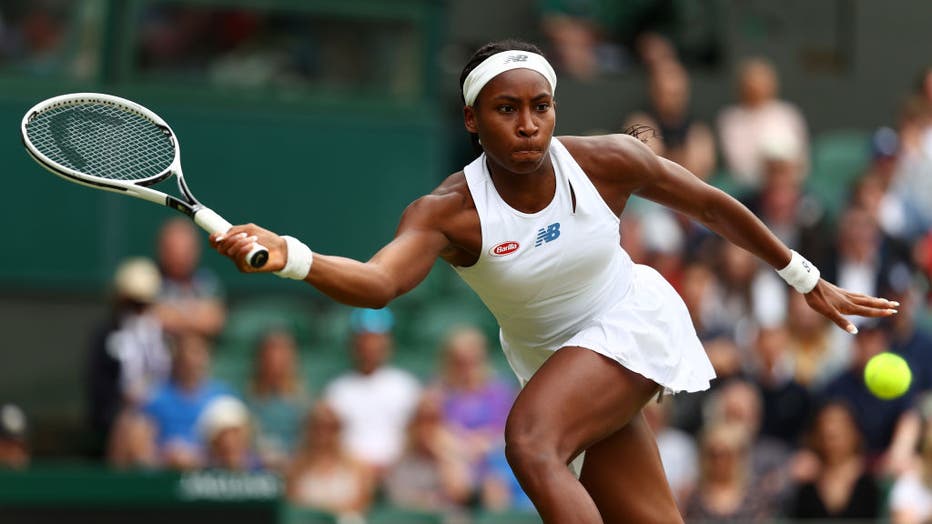 Coco Gauff of The United States plays a forehand in her Ladies' Singles Fourth Round match against Angelique Kerber of Germany during Day Seven of The Championships - Wimbledon 2021 at All England Lawn Tennis and Croquet Club on July 05, 2021 in Lond

"It has always been a dream of mine to represent the USA at the Olympics, and I hope there will be many more chances for me to make this dream come true in the future," Gauff said. "I want to wish TEAM USA best of luck and a safe games for every Olympian and the entire Olympic family."

"We were saddened to learn that Coco Gauff has tested positive for COVID-19 and will therefore be unable to participate in the Tokyo 2020 Olympic Games," the U.S. Tennis Association said in a statement.

"We wish her the best as she deals with this unfortunate situation and hope to see her back on the courts very soon. We know Coco will join all of us in rooting on the other Team USA members who will be traveling to Japan and competing in the coming days."

The 17-year-old lost to Angelique Kerber 6-4, 6-4 on Centre Court in the fourth round at Wimbledon earlier this month. It was the second time she had lost at that stage after her breakthrough run at the All England Club in 2019.

Gauff is the latest Olympian to test positive for the virus that’s disrupted the world for the last year and a half.

Earlier on Sunday, two South African soccer players became the first athletes to test positive for the virus inside the Olympic Village.

An official with the South African soccer team also tested positive, as did a fourth member of South Africa's contingent, the Associated Press reported.

The day before, a non-athlete resident of the Olympic Village also tested positive.

The Olympics start on Friday in Tokyo and run until Aug. 8.