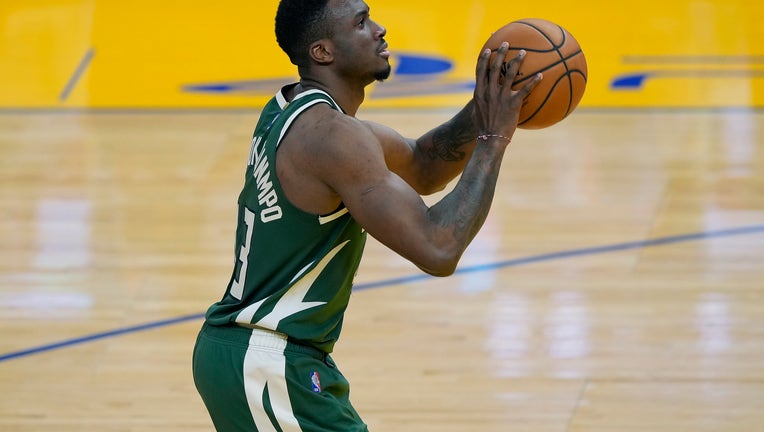 SAN FRANCISCO, CALIFORNIA - APRIL 06: Thanasis Antetokounmpo #43 of the Milwaukee Bucks stands at the line to shoot a foul shot against the Golden State Warriors during the second half of an NBA basketball game at Chase Center on April 06, 2021 in Sa

MILWAUKEE - Milwaukee Bucks reserve forward Thanasis Antetokounmpo will miss the start of the playoffs after suffering an avulsion fracture to his right patella tendon in his team’s regular-season finale.

Bucks officials said Tuesday that the 28-year-old will be out for at least two weeks and would be evaluated again at that point. Antetokounmpo underwent an MRI after a leg injury had knocked him out of a 118-112 loss at Chicago a night earlier.

The Bucks are the No. 3 seed in the Eastern Conference playoffs and open a first-round series with the Miami Heat on Saturday.

Antetokounmpo, the older brother of Milwaukee Bucks forward and two-time reigning MVP Giannis Antetokounmpo, has played 57 games and made three starts this year. He is averaging 2.9 points, 2.2 rebounds and 9.7 minutes.