The last time fans gathered in the Deer District to watch the Milwaukee Bucks win the NBA Championship, it was 88 degrees. It was barely over freezing Sunday for Game 1 of the first round of the playoffs, but fans dressed in layers were still full of optimism.

MILWAUKEE - The last time fans gathered in the Deer District to watch the Milwaukee Bucks win the NBA Championship, it was 88 degrees. It was barely over freezing Sunday, April 17 for Game 1 of the first round of the playoffs, but fans dressed in layers were still full of optimism.

A 50-degree temperature difference didn't cool the energy from those that did show up to cheer on the Bucks in the playoffs Sunday. Last year's season, and thus, the playoffs, were delayed by COVID.

This year, even in colder temperatures, the Bucks and their fans are ready to defend the title.

On a windy and chilly Easter Sunday in Milwaukee, the Bucks' return to the playoffs brought fans to the Deer District from all over the world. 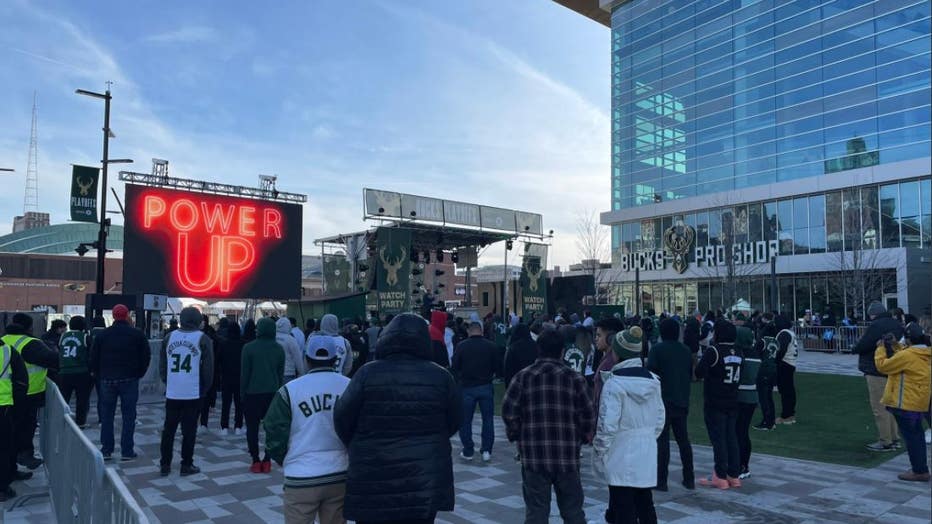 The NBA champs and their fans are ready for another title in Milwaukee.

"Who wouldn't want to visit this place and watch the reigning champions?" said Brittany Sime. 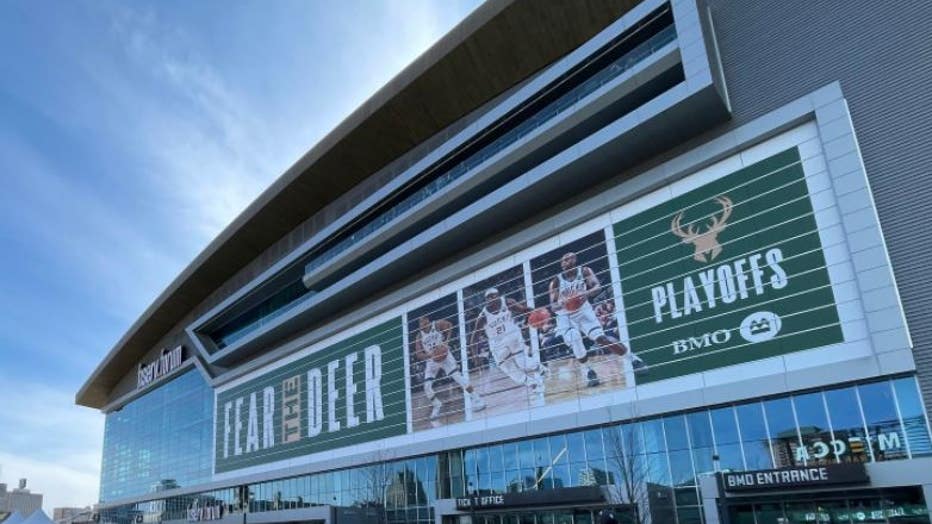 While fans with tickets quickly filed inside Fiserv Forum, the plaza wasn't nearly as full as it was last year, but not to worry, Bucks fans said. Amid the cold and up against Easter Sunday, they said this year's run is just getting started.

"Not everyone's gonna come out today, but as it starts to warm up, I'm sure it's gonna get a lot busier," said Logan Fogentanz.

And it's different now in defense of a title. Memories of last year's run are why Shane and Marie Judd had to come back for Game 1. 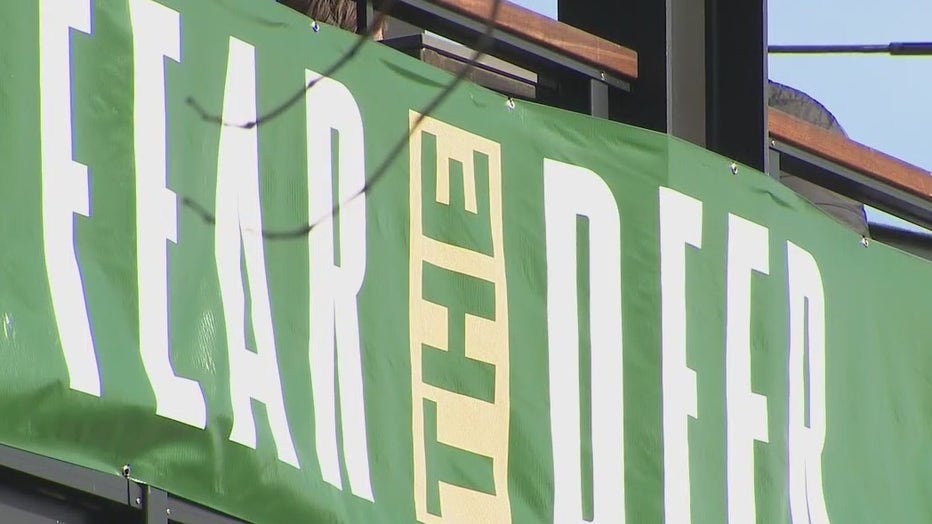 "Just the history being made, you know, and being a part of it was such a special thing," said Shane Judd. "Special for us, special for the city and for the club."

It's the chance to win another championship that's keeping fans like Frederick Ball confident in the hometown team.