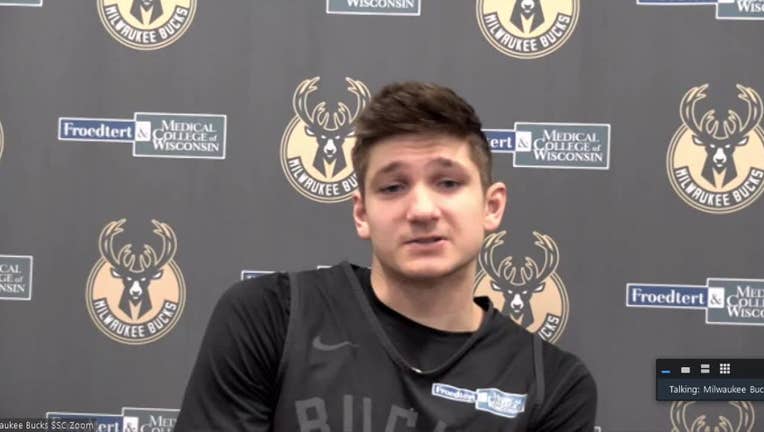 Bulls guard Alex Caruso was driving to the basket midway through the third quarter when a hard foul from Allen caused him to land on his right side. Caruso lay on the floor for a few minutes, though he stayed in the game to attempt the free throws that resulted from Allen’s flagrant 2 foul.

"For Alex to be in the air like that, and for (Allen) to take him down like that, it could have ended (Caruso’s) career," Donovan said after the Bulls’ 94-90 loss. "And (Allen) has a history of this. That to me was really, it was really dangerous. And I really hope the league takes a hard look at something like that because (Allen) could have really, really seriously hurt him."

Caruso said after the game that his wrist was "a little banged up" and that he’d have to see how it feels in the next couple of days.

"The dude just grabbed me out of the air," Caruso said.

The play was originally ruled a common shooting foul, but it was upgraded to a flagrant 2 after a replay review. The flagrant 2 resulted in an automatic ejection.

"For it to even be extended to a flagrant 2 and be thrown out of the game, clearly the officials must have felt like there was some intent there," Donovan said.

Bucks coaches and players spoke out in defense of Allen after the game.

"I think Grayson (did) nothing malicious, went to block the shot," Budenholzer said. "I think it’s a close call, and they went with flagrant 2. I’m not going to disagree. It’s right on the border and that’s the direction they went."

Allen served a one-game suspension during the 2016-17 season while at Duke after tripping an opposing player for the third time in a calendar year. He was ejected from an NBA Summer League game in 2019 after committing two flagrant fouls.

The Bucks acquired Allen from the Memphis Grizzlies in the offseason. He spent two seasons at Memphis after playing his rookie season with the Utah Jazz.

"I thought it was a hard foul, for sure, but I thought it was a good, hard foul," Milwaukee’s Khris Middleton said. "He went for the ball. The referee said there was a little bit extra afterward, so that’s what it is. I don’t think Grayson’s a dirty player. He’s been great with us all season long — competing, defending and never really crossing the line. I think we’re all disappointed to see him get ejected for that foul."

The Green Bay Packers and Aaron Rodgers head into another playoff push, hosting the San Francisco 49ers at Lambeau Field on Saturday,

A pep rally in got Green Bay Packers fans ready for the team's opening playoff game against the San Francisco 49ers and Lambeau Field.