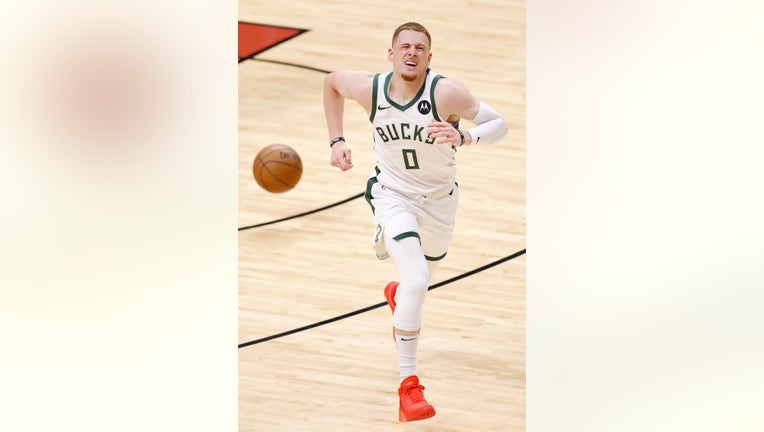 MIAMI, FLORIDA - MAY 27: Donte DiVincenzo #0 of the Milwaukee Bucks reacts after injuring his ankle against the Miami Heat during the second quarter in Game Three of the Eastern Conference first-round playoff series at American Airlines Arena on May

MILWAUKEE - Milwaukee Bucks guard Donte DiVincenzo will miss the remainder of the 2021 Playoffs due to a torn ligament in his left ankle. The injury occurred in the second period of the Bucks’ Game 3 win at Miami Thursday night.

DiVincenzo, 24, underwent an MRI and subsequent examination Friday in Miami by team physician Dr. Carole Vetter of the Froedtert & the Medical College of Wisconsin health network. A news release from the Bucks indicates the MRI revealed the injury. Further updates will be provided as appropriate.

The Bucks canceled the plaza watch party for Thursday's playoff game due to weather. Still, fans packed in where they could to cheer for the team, including Mecca Sports Bar & Grill.