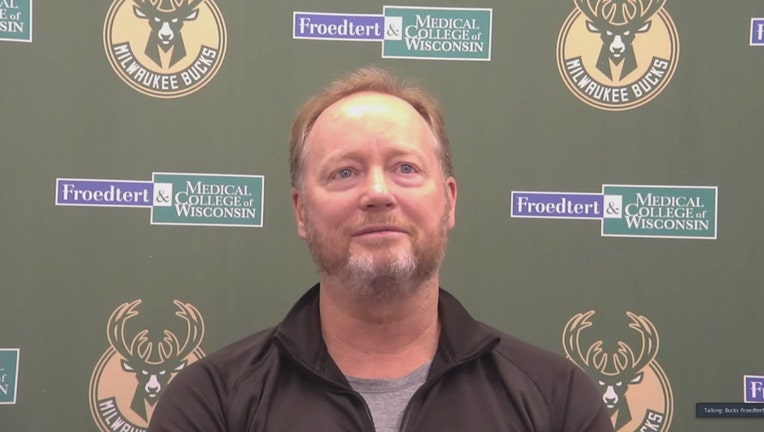 In three seasons under his leadership, Budenholzer has guided the Bucks to the 2021 NBA Championship, the NBA’s best regular-season record (162-65, .714) and the most playoff wins in the league (31).

Under Budenholzer, the Bucks have led the NBA in scoring each of the last three seasons – including averaging a franchise-best 120.1 points per game this past season – and have consistently ranked near the top of the NBA in net rating, offensive rating and defensive rating in each of his three seasons as head coach, a news release indicated.

Additionally, no team has outscored its opponents by as much as Milwaukee has in its three seasons with Budenholzer; the Bucks have ranked first in the NBA in point differential in that span (8.3 points per game).

In his first two seasons as head coach of the Bucks, Budenholzer earned league-wide recognition. He was named the 2018-19 NBA Coach of the Year after his first season in Milwaukee and was one of three finalists for the 2019-20 award.

Budenholzer has also been recognized by his peers in each of the last two seasons when he was named a co-recipient of the Michael H. Goldberg National Basketball Coaches Association Coach of the Year award, voted on by the NBA’s 30 head coaches.

"The appreciation I have for being a part of the Bucks organization is hard to express.

"And today, to realize that Marc and Wes and Jamie from our ownership group, along with Jon as our GM, have extended my contract to be the head coach is very special -- thank you!

"The players make the success happen on and off the court. We have the best players and to them I am grateful. They’ve grown and we’ve grown together during the last three seasons. We’ve had success along the way, finishing with an NBA Championship this season! The assistant coaches’ efforts and contributions to our success has been so vital also. Each of them individually are so important to me, and collectively they make so much good happen for me and our players. We all can’t wait to get back to work and face the great challenge of competing again for an NBA Championship. Again, being a part of the Bucks organization is very special. Let’s keep getting better and building great teams and doing great work on and off the court. Let’s go Bucks!!!"

"Bud is a great coach and a fantastic partner to work with every day as we build a team that consistently competes for championships.

"We’re extremely grateful for the leadership Bud provides and we look forward to building on the success we’ve had over the last three years and congratulate Bud on this well-deserved extension."

"What an incredible journey we’ve been on and winning the NBA Championship this season makes us appreciate how difficult it is to win and how grateful we are to have the best players and coaches in place to get the job done.

"Mike’s strong leadership, coaching expertise, commitment to player development, and adaptability have been instrumental as we work together to compete for and win championships. We’re thrilled with the work Bud has done together with Jon Horst and Peter Feigin and are proud to sign him to this extension."

'Giannis: The Improbable Rise of an NBA MVP' features 221 interviews

Giannis Antetokounmpo and Mirin Feder share a drive that has brought them to the top of their respective professions, and now, they also share an entry on the New York Times best seller's list.