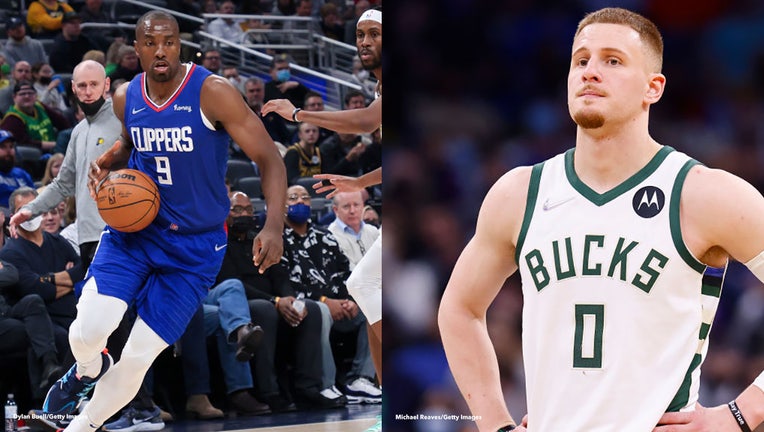 MILWAUKEE - The Milwaukee Bucks traded for center Serge Ibaka from the Los Angeles Clippers in a four-team trade that also includes the Detroit Pistons and Sacramento Kings.

In his 13th season, Ibaka is a three-time All-NBA Defensive First Team selection who has appeared in 884 career games (695 starts) with the Thunder, Magic, Raptors and Clippers. He has led the league in total blocks four times, blocks per game twice and is second among active players with 1,745 career blocked shots.

Selected by the Bucks with 17th overall pick in the 2018 NBA Draft, DiVincenzo appeared in 176 games with the Bucks across four seasons and averaged 8.8 points, 4.7 rebounds and 2.4 assists in 23.2 minutes per game.

Hood appeared in 39 games with Milwaukee this season and averaged 3.3 points and 1.7 rebounds while Ojeleye saw action in 20 games and averaged 2.9 points and 2.9 rebounds.

The complete trade also includes the Kings acquiring Josh Jackson, Trey Lyles and a second-round draft pick from the Pistons in exchange for Marvin Bagley III.

Ibaka will wear number 25 with the Bucks. Milwaukee’s roster now stands at 15 players.

Chris Brandon had 17 points and 11 rebounds to lead Northern Kentucky to a 75-39 win over Milwaukee on Wednesday night.