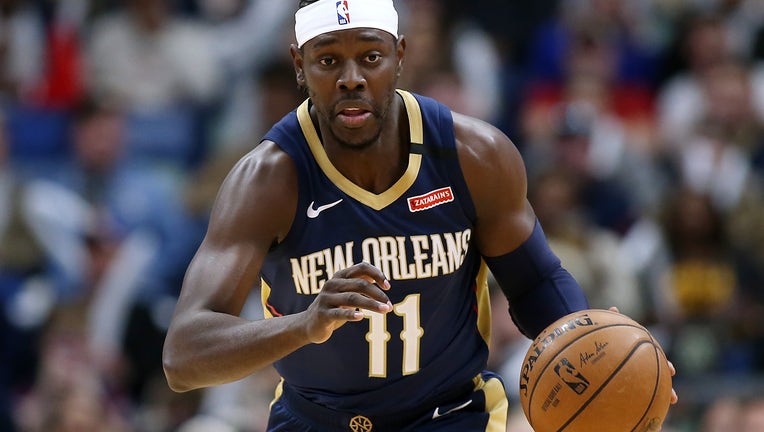 NEW ORLEANS, LOUISIANA - FEBRUARY 28: Jrue Holiday #11 of the New Orleans Pelicans drives with the ball against the Cleveland Cavaliers during the first half at the Smoothie King Center on February 28, 2020 in New Orleans, Louisiana. NOTE TO USER: Us

MILWAUKEE - The Milwaukee Bucks announced on Tuesday, Nov. 24 the team has acquired guard Jrue Holiday and the draft rights to 2020 second round pick Sam Merrill (60th overall) from the New Orleans Pelicans as part of a four-team deal that includes the Oklahoma City Thunder and the Denver Nuggets.

A news release says Holiday, who is entering his 12th season in the NBA, is a two-time All-NBA Defensive Team honoree (2017-18, 2018-19) and 2013 NBA All-Star who has appeared in more than 700 career games with New Orleans and Philadelphia. He spent the last seven seasons with the Pelicans where he averaged 17.6 points, 6.8 assists, 4.2 rebounds and 1.5 steals over 415 games (364 starts) and leaves as the franchise’s all-time leader in career three-pointers made with 628. 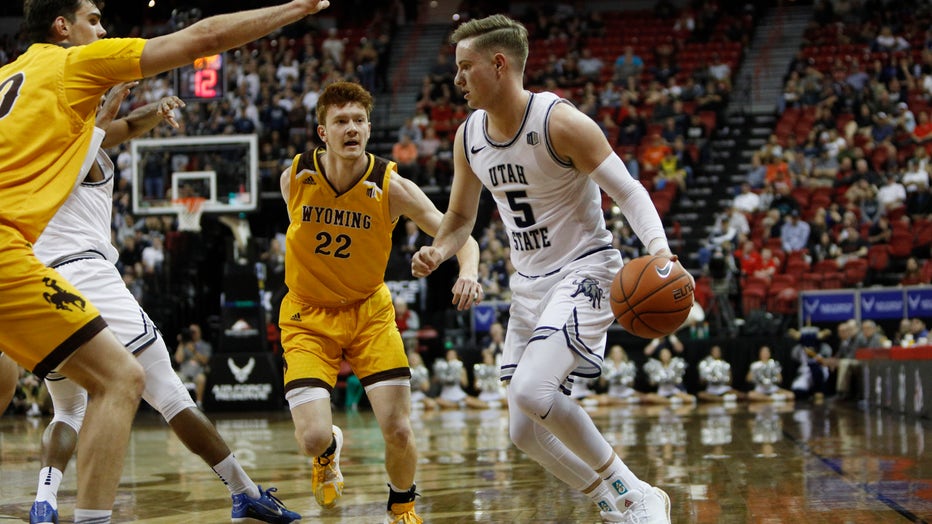 LAS VEGAS, NEVADA - MARCH 06: Sam Merrill #5 of the Utah State Aggies looks for the opening against the Wyoming Cowboys during a semifinal game of the Mountain West Conference basketball tournament at the Thomas & Mack Center on March 6, 2020 in

Bledsoe, who was originally acquired by the Bucks from the Suns in a trade on Nov. 7, 2017, appeared in 210 games (all starts) with the Bucks over the last three seasons and averaged 16.3 points, 5.3 assists, 4.4 rebounds and 1.5 steals per game. He also played in and started 31 playoff games for Milwaukee and averaged 13.1 points, 4.6 assists and 3.9 rebounds per contest.

To complete the trade, Milwaukee will send the draft rights to 2020 first round pick R.J. Hampton to Denver. A 19-year old point guard from Little Elm, Texas, Hampton last played for the New Zealand Breakers of the National Basketball League.