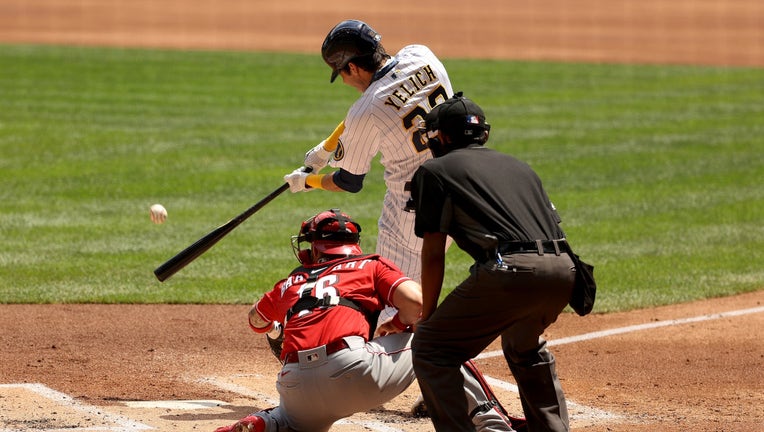 PHILADELPHIA (AP) - Milwaukee Brewers outfielder Christian Yelich is going back on the injured list just one day after getting activated.

The Brewers announced Tuesday that Yelich was returning to the IL due to the lower back strain that has bothered the 2018 NL MVP for the last three weeks. The Brewers recalled outfielder Tyrone Taylor from Triple-A Nashville.

Yelich went 2 for 4 on Monday night at Phiadelphia in his first game since April 11. He is batting .353 with a .463 on-base percentage, no homers and one RBI in just 10 games.

The back problem caused Yelich to undergo an MRI in late April. Brewers manager Craig Counsell said the MRI showed no structural damage.

Taylor has capitalized on his opportunity while Yelich has been hurt. The 27-year-old is batting .323 with a .400 on-base percentage, two homers, seven RBIs and a .981 OPS in 16 games.

Sargento Foods Inc., in partnership with Milwaukee Brewers outfielder Christian Yelich, is calling on fans to step up to the plate and help alleviate hunger in Wisconsin.