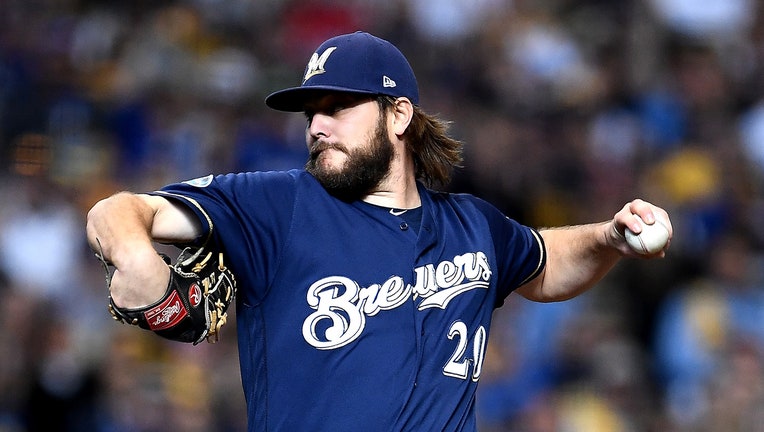 Wade Miley of the Milwaukee Brewers throws a pitch against the Los Angeles Dodgers during the first inning in Game 2 of the National League Championship Series at Miller Park on Oc. 13, 2018. (Photo by Stacy Revere/Getty Images)

MILWAUKEE - The Milwaukee Brewers and veteran left-hander Wade Miley agreed to a $4.5 million, one-year contract on Wednesday, according to a person familiar with the situation.

Miley can make additional $1.5 million in incentives, and there is a $10 million mutual option for 2024. The person confirmed the move to The Associated Press on condition of anonymity because the contract had not been announced. The Athletic first reported Miley's deal.

Miley started 16 games with the Brewers in 2018, going 5-2 with a 2.57 ERA. He appeared in four postseason games that season, allowing just two earned runs over 14-plus innings.

Miley, 36, went 2-2 with a 3.16 ERA in nine appearances with the Chicago Cubs last season. He missed the start of the season with elbow inflammation, and he also was sidelined by a strained throwing shoulder.

Milwaukee also acquired right-hander Bryse Wilson from the Pittsburgh Pirates for cash earlier Wednesday – a week after the Pirates designated him for assignment. 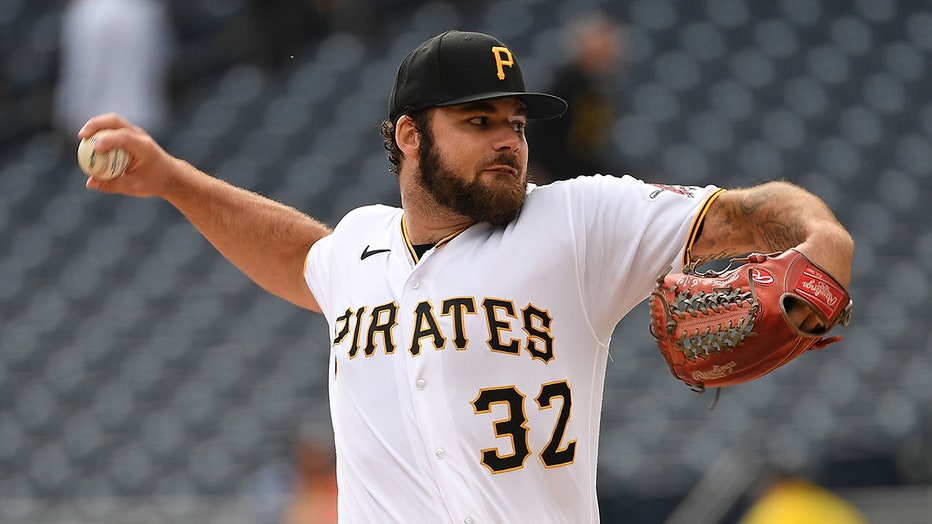 Bryse Wilson delivers a pitch in the first inning against the Cincinnati Reds at PNC Park on Sept. 28, 2022 in Pittsburgh. (Photo by Justin Berl/Getty Images)

The Brewers made room for Wilson on the 40-man roster by designating right-hander Trevor Kelley for assignment. Kelley, 30, went 1-0 with a 6.08 ERA in 18 relief appearances last season.