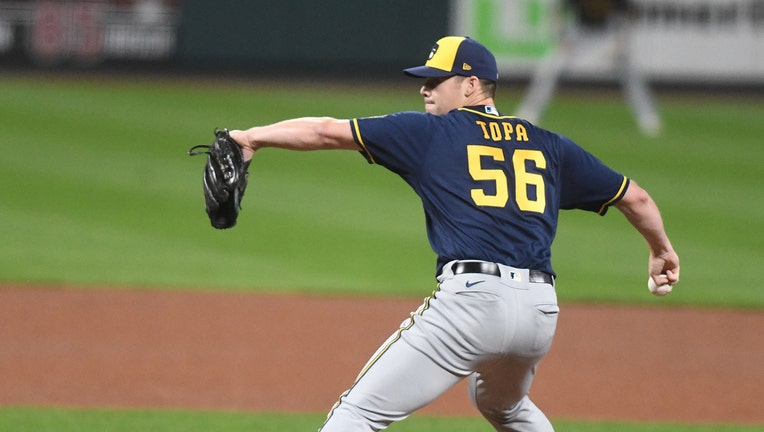 Justin Topa pitches in relief against the St. Louis Cardinals on Sept. 24, 2020. (Photo by Keith Gillett/Icon Sportswire via Getty Images)

SEATTLE - The Milwaukee Brewers on Saturday traded Justin Topa to the Seattle Mariners in exchange for Joseph Hernandez, a swap of right-handed pitchers.

He was out until August while recovering from a right forearm flexor strain.