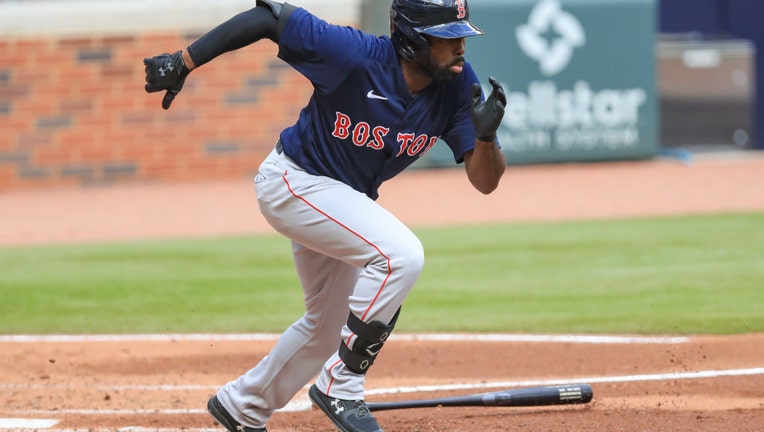 ATLANTA, GA - SEPTEMBER 27: Jackie Bradley Jr. #19 of the Boston Red Sox in action during a game against the Atlanta Braves at Truist Park on September 27, 2020 in Atlanta, Georgia. (Photo by Carmen Mandato/Getty Images)

Lorenzo Cain acknowledged Monday that he’s dealing with a quadriceps issue that has slowed his progress this spring training, potentially complicating his status for the start of the season. Cain had opted out of the 2020 season after playing just five games.

"I’ll do everything possible to get ready," Cain said from the Brewers’ spring training site in Phoenix. "I plan on being on the field opening day."

The Brewers’ decision to sign Bradley to a $24 million, two-year contract was a bit of a surprise because they already had a Gold Glove center fielder on their roster in Cain. The Brewers also have 2018 NL MVP Christian Yelich and Avisaíl García, giving them four experienced starters for three outfield spots.

But all four could get plenty of at-bats.

Bradley’s move to Milwaukee was reported last week, and the former Boston Red Sox outfielder arrived in camp Monday passing a physical to complete a deal that gives him the right to opt out after this season and become a free agent once again.

Cain, who turns 35 on April 13, called Bradley an "unbelievable defensive player who can swing the bat" and a welcome addition to the team. Cain didn’t express any concern that the addition of Bradley could affect his own job security. 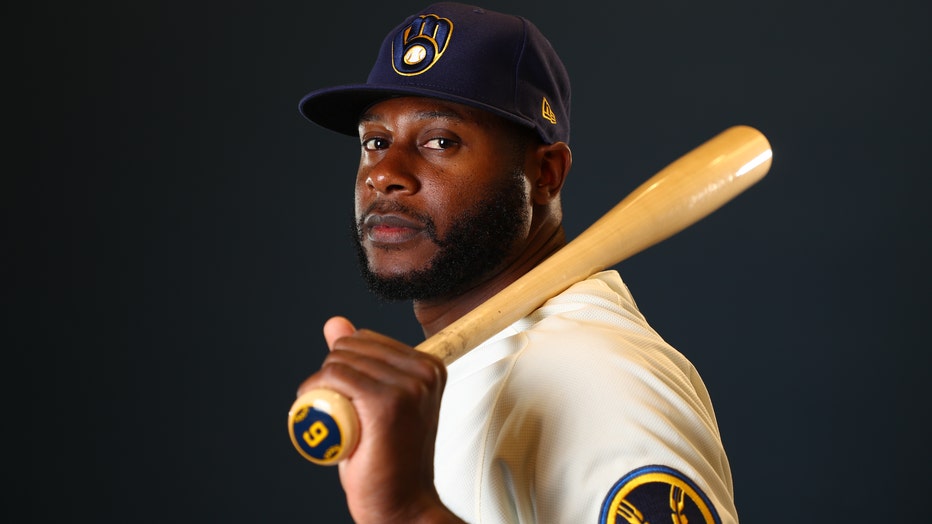 "It’s not a challenge to me," Cain said. "I feel like I’ve shown what I can do, day in and day out, year in and year out, what I can do as far as center field. If what I’ve done in the past is not enough, then what can I say?"

Cain now is trying to make sure he’s ready for the start of the season.

Stearns noted that Cain had some wisdom teeth removed before the start of camp that had shut him down for a week to 10 days. Cain said he later hurt his quadriceps while running the bases.

Brewers manager Craig Counsell said Cain wasn’t on the field last week and added that "he’s going to be slowed by this and we’re at a point where the schedule starts to get a little tight, but I think we still have time to be ready for the season."

"Look, this is part of what can be expected when you have a player who relies a great deal his lower body, who wasn’t in a competitive environment for a long time, so we knew we needed the spring and the entirety of the spring to get him going," Stearns said. "Unfortunately we’ve lost a chunk of that at this point. We’ll see how the next couple of weeks go."

Cain remains optimistic about his chances of being ready for the April 1 opener.

"As far as getting on the field and seeing live pitching, that’s the only setback I see," Cain said. "I think I’ll get caught up to speed real quick. I’m doing everything possible to get back on this field as soon as possible. I think I’ll be ready to go."

A 39-year-old Milwaukee woman is in custody following a stabbing incident near Richards and Chambers in the city on Sunday, March 7.

Riverside Ghost tours are back, running from April 16-18

Back by popular demand, the Riverside Ghost tours return for a second round.