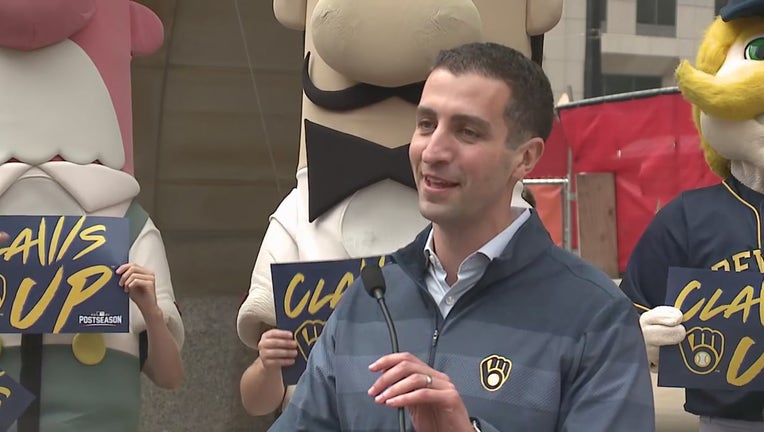 A news release says Stearns joined the organization in October 2015 as general manager and was named president of baseball operations prior to the 2019 season.

"This is not an easy decision for me and is something I have been wrestling with for a long time," said Stearns in a statement in the release. "Mark Attanasio and I have had an open dialogue and we both knew this day could eventually come. It has been a priority for both of us that any transition would take place while the organization is in a healthy position with solid leadership and a talented roster going forward. That is certainly the case today."

"I’m very grateful to Mark and all of our staff for their support and efforts throughout my tenure with the Brewers," Stearns continued. "Matt and I both arrived in 2015 and he is more than ready for this next opportunity. I am committed to serving as a resource to Matt as he sees fit as the organization moves through this transition."

A news release says under Stearns and Arnold, the Brewers have qualified for the postseason in four of the last five seasons with the 2022 team finishing one game behind the Philadelphia Phillies for the final Wild Card spot. In addition, the Brewers have the third most wins in the National League (481) over the last six years, trailing only Los Angeles and Atlanta.

Arnold joined the Brewers in October 2015 as assistant general manager before being promoted to his current position on November 19, 2020.

"I want to thank Mark and David for their support throughout my seven years here. I am excited to be taking the reins in leading our baseball operations efforts," said Arnold in a statement. "We have a dedicated staff that has identified and developed talent at both the amateur and professional levels. This has served us well over the years and will allow for a seamless transition.