Milwaukee Brewers fans at Wrigley Field for the team's season opener against the Chicago Cubs celebrated the return of baseball, despite the loss.

CHICAGO - The weather for the Milwaukee Brewers' season opener in Chicago was more suited for football than baseball, but it would take a lot more than a little rain to keep fans from traveling to Wrigley Field.

If you believe in the church of baseball, 108-year-old Wrigley Field might just be a cathedral. Even for visiting fans, it doesn't get better than opening day.

"Opening day's like a holiday, you know? It's just the start of summer and spring, change in season, the game is back and more fun times ahead," said Ajay Wathwa of Glendale.

"I think this is awesome. It's a classic ballpark. It's really nice here. We're excited." Madison resident Jack Rovner said.

The start of the season was delayed one week because of the offseason lockout. 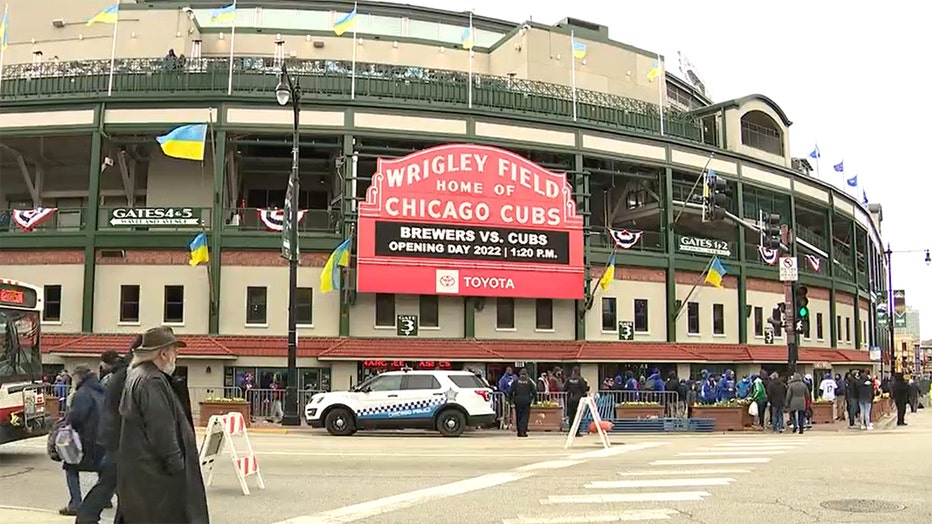 The Brewers opened the season with a loss against the Chicago Cubs, but it provided fans the chance to enjoy the pageantry of opening day on the road – like a little music, and a meal fit for a ballpark before the game.

"I mean, I've always wanted to see the Brewers here. It's a rivalry of the ages, so you gotta check it out at least once in your life," said New Berlin resident Jacob Schindelholz.

"I think it's really cool how it's in the middle of a neighborhood, and I like that it's open, and you can see the sky. But it won't be fun in the rain, that's for sure," Chloe LaHaye of Green Bay said.

While the Brewers left with a loss, fans who believe in the church can count the fact that the game is back as a win. 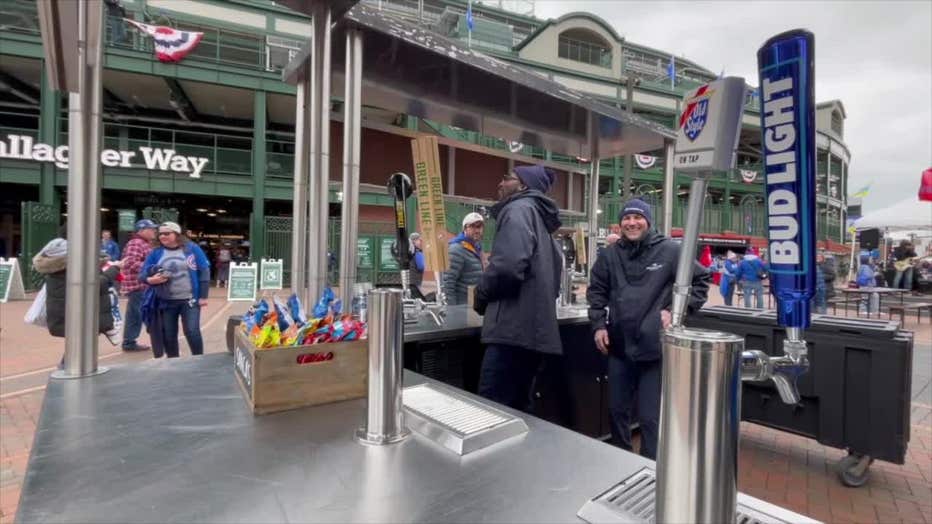 "I hope this is finally the year when a miracle can happen," said Wathwa.

The Milwaukee Brewers lost the season opener to the Chicago Cubs at Wrigley Field on Thursday. Relief pitcher Aaron Ashby took the loss.