A Personal Video for You

MILWAUKEE — Justin Turner hit a two-run homer in the eighth inning and the Los Angeles Dodgers beat the Milwaukee Brewers 4-3 on Saturday to even the NL Championship Series at a game apiece.

High-powered Los Angeles had just two singles off starter Wade Miley before breaking through against Milwaukee's vaunted bullpen. Cody Bellinger hit an RBI single and Austin Barnes drove in a run with a bases-loaded walk in the seventh, and Turner's long drive to left off Jeremy Jeffress put the Dodgers ahead to stay.

It was Turner's seventh career playoff homer. He was the NLCS co-MVP last year with Chris Taylor when Los Angeles made it to the World Series for the first time since 1988.

Milwaukee wasted a terrific performance by Miley in its first loss in three weeks, ending a 12-game winning streak. Miley pitched 5 2/3 scoreless innings in his second career playoff start and had two hits in his first multihit game since 2014.

Game 3 is Monday night at Dodger Stadium. Walker Buehler pitches for Los Angeles and Jhoulys Chacin gets the ball for Milwaukee. 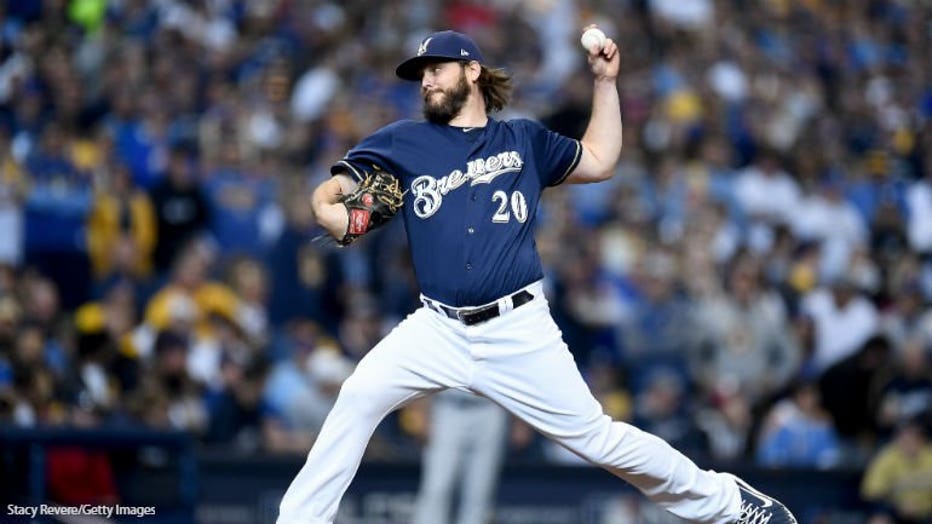 MILWAUKEE, WI - OCTOBER 13: Wade Miley #20 of the Milwaukee Brewers throws a pitch against the Los Angeles Dodgers during the first inning in Game Two of the National League Championship Series at Miller Park on October 13, 2018 in Milwaukee, Wiscons 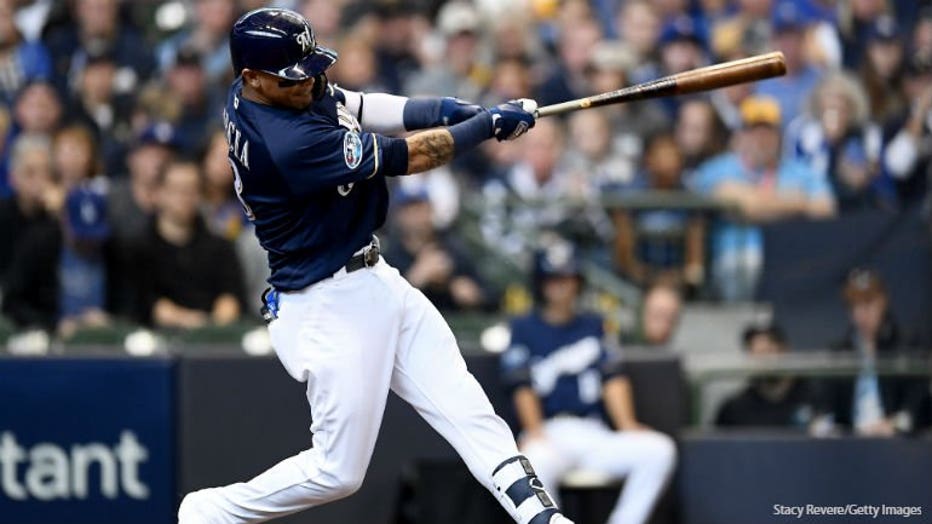