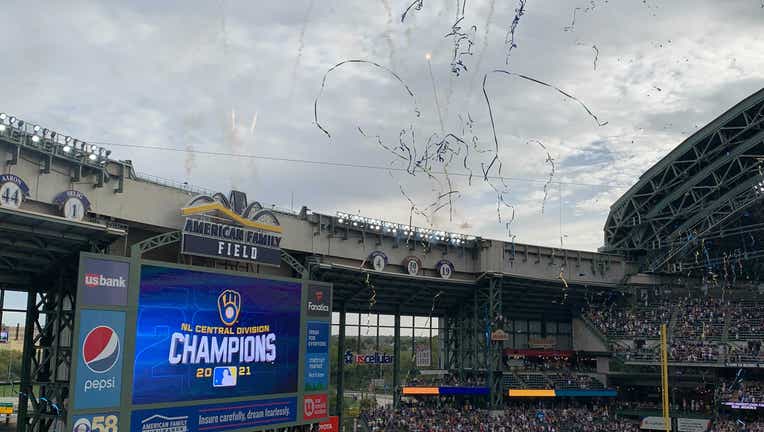 Josh Hader pitched a perfect ninth inning, retiring Brandon Nimmo on a game-ending flyout to left fielder Christian Yelich and sending the Brewers running onto the field to celebrate as the crowd of 43,430 erupted into cheers.

Milwaukee completed a three-game sweep and sent the skidding Mets to their 10th loss in 11 games.

A day after New York was eliminated from postseason contention in their first season under new owner Steven Cohen, the Mets (73-82) made three errors and were assured of a losing season for the fourth time in five years.

Milwaukee, which also won the NL Central in 2011 and '18, already was assured of its fourth straight postseason berth. After losing at the wild card stage in 2019 and '20, the Brewers will rest after the end of the regular season before starting the Division Series on Oct. 8.

Peralta entered with a .162 opponents batting average, on track to be the best since 1920. 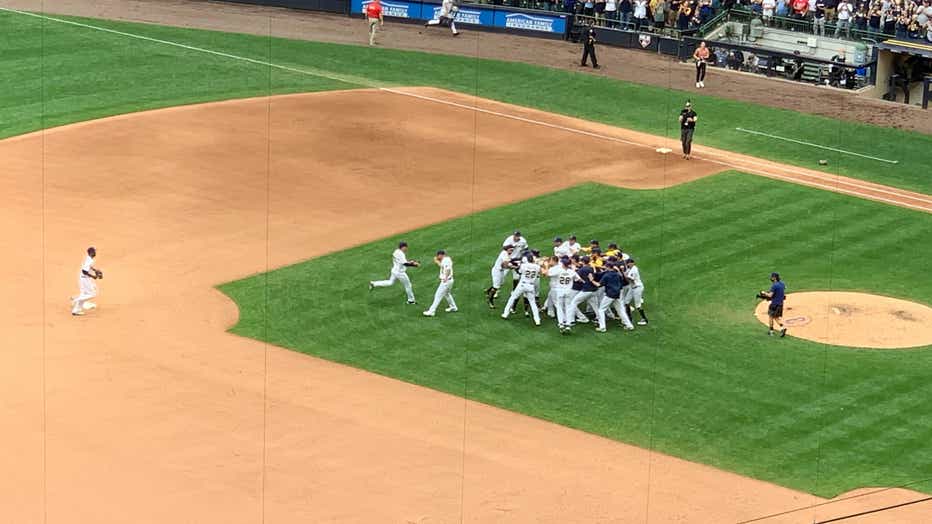 New York, in its second season under manager Luis Rojas, led the NL East for 90 days but is 17-34 since the start of August.

A day after striking out four times, Francisco Lindor hit his 18th homer in the first. It was the fourth first-inning home run allowed by Peralta in his last five starts.

Kolten Wong walked leading off the bottom half and Adames hit a 424-foot drive for his 24th homer. Milwaukee opened a 5-1 lead in the second when Yelich hit an RBI groundout and Eduardo Escobar hit a two-run double.

Javier Báez hit a two-run double in the fourth. Lindor’s 10th error of the season led to two runs in the sixth, and Alonso contributed a misplay at first.

Fans who want to be first to secure exclusive Brewers postseason gear can visit the Brewers Team Store at American Family Field.