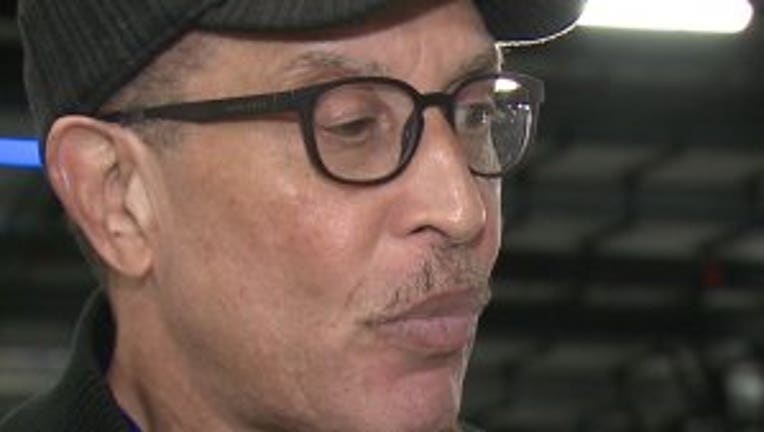 MILWAUKEE -- A college basketball team usually plays more than 30 games in a season. The overall record is important, but despite what coaches say, a few of those games on the schedule do mean more to the fans and principles than others.

Renewal is part of the teaching at Catholic universities like Marquette University and DePaul University, and it is part of a basketball rivalry that dates back to the 1917-1918 season. Their latest Big East battle went the way of the Golden Eagles in January at Fiserv Forum. Chicago native Bo Ellis played for Marquette in the 1970s.

"My fondest memory was going back to old Alumni Hall, playing on the north side up on Sheffield Avenue. Basketball will never change. The game gets faster. The players get more athletic, but as far as the game changing, it's still basketball. It's still competitive," said Ellis. 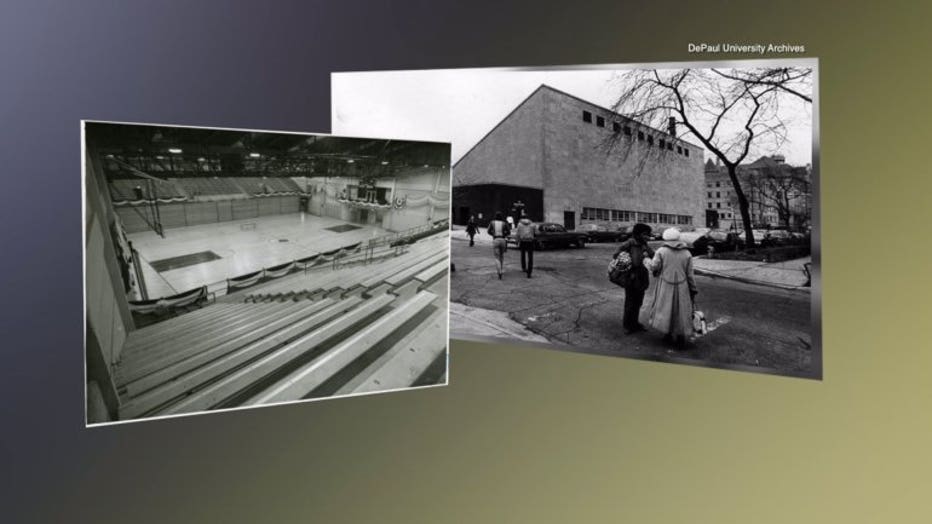 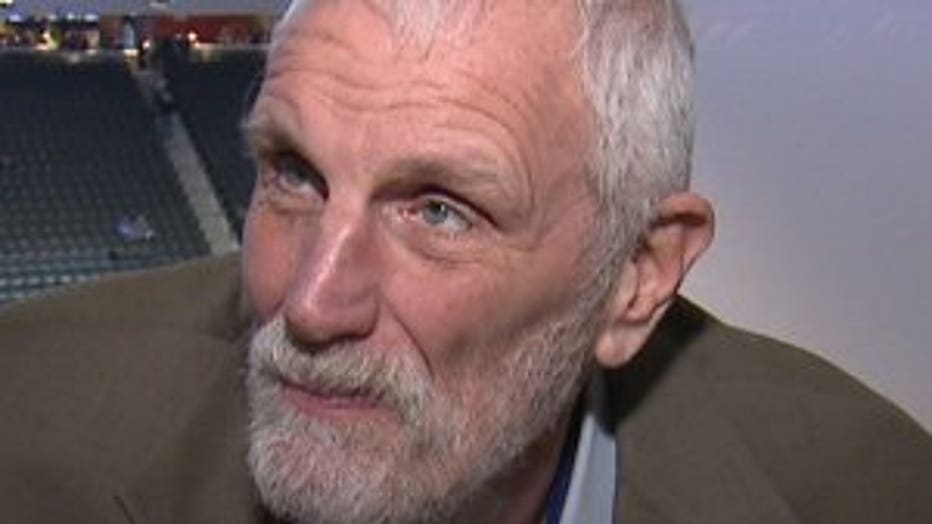 Now part of the Blue Demons radio broadcast team, Dave Corzine played for DePaul while Ellis was playing for Marquette. The schools fit the same profile.

"I think so. Obviously geographically, I moved up, semi-retired, to the Fox Lake area there around Illinois. It was quicker to get here today than it is to Wintrust Arena for me, so the geography of it, that we are close by each other, just makes it that much more of a rivalry," said Corzine.

Forty seasons ago, the teams were college basketball royalty. The Marquette Warriors were in the Top 20 all season long. The Blue Demons made the Final Four. They weren't in a conference. They were major independents. 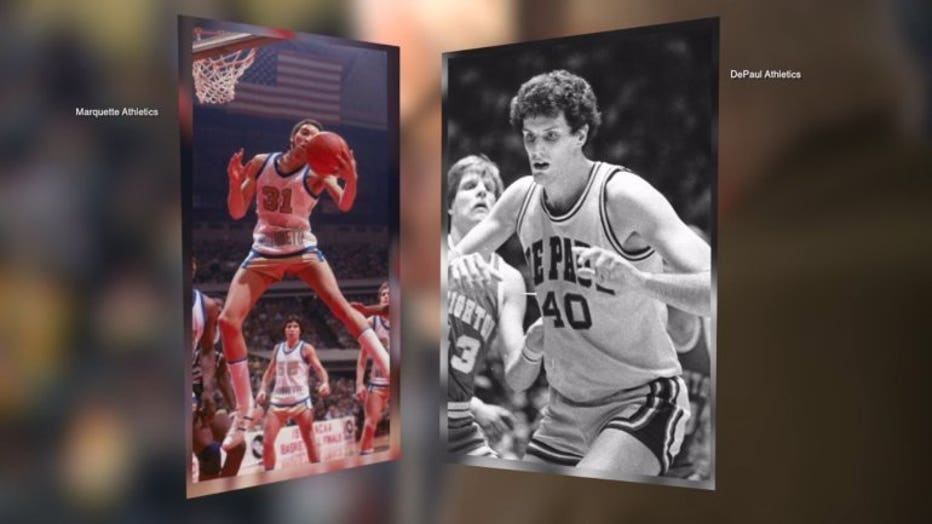 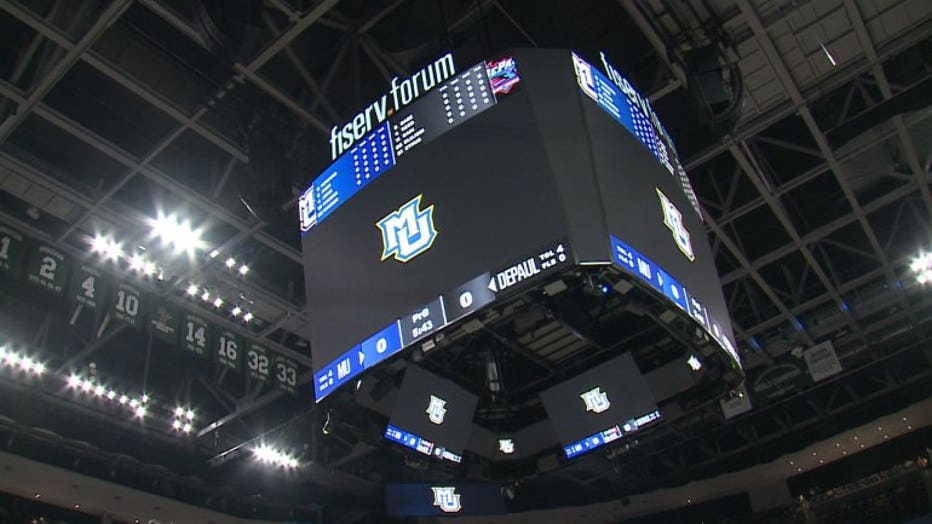 "Us, along with Marquette and Notre Dame, were the three big major independents. Midwestern type of schools, so those were always great games. Still are, as far as we're concerned, to this day at DePaul," said Corzine.

"Tremendous, tremendous rivalry. A lot of memories. The Dave Corzines. The Joey Ponsettos. We had some wars," said Ellis.

"Bo Ellis and Jerome Whitehead. Butch Lee. Those guys were still some of the greatest players ever to play," said Corzine.

As proof of the importance of this rivalry, Ellis and Corzine can correctly recall how their teams fared against each other without any prompting. Ellis was at Marquette from 1973 to 1977. Corzine was at DePaul from 1974 to 1978. Marquette won every meeting except Valentine's Day 1977.

"They only beat me one time in eight tries, and that was the double overtime game here at home," said Ellis.

"Unfortunately, in my time with the Blue Demons, we only beat Marquette one time in overtime there. I think we were 1-6 out of the seven times we played them," said Corzine.

For these guys and these schools, renewal means remembering. 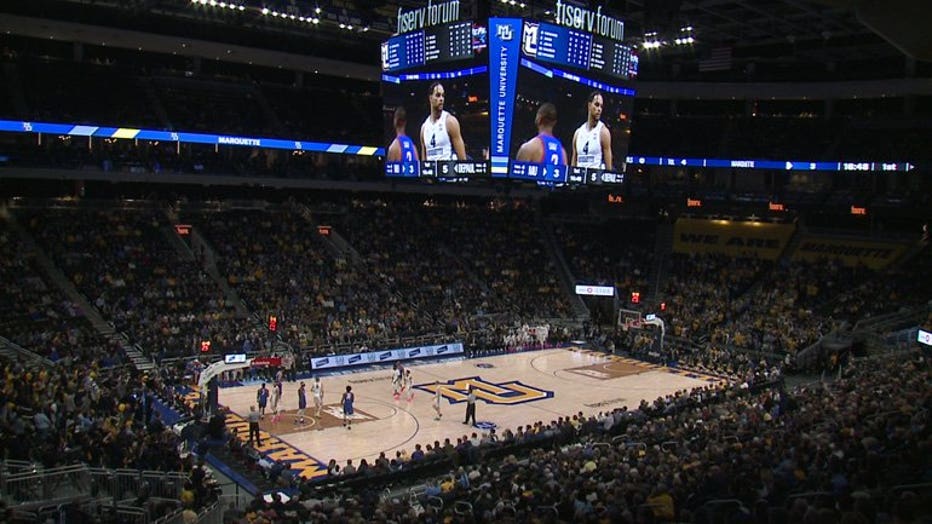 Marquette and DePaul were scheduled to meet again Tuesday, Feb. 12 at the Wintrust Arena in Chicago -- the 125th meeting between the schools over the years.