Bucks fans try to get sneak peek at team

Before the Milwaukee Bucks championship parade even started on Thursday, July 22, a pre-party was happening right outside Fiserv Forum.

MILWAUKEE - Before the Milwaukee Bucks championship parade even started on Thursday, July 22, a pre-party was happening right outside Fiserv Forum.

On a Thursday morning, it's not uncommon to see a bunch of people around the Deer District. 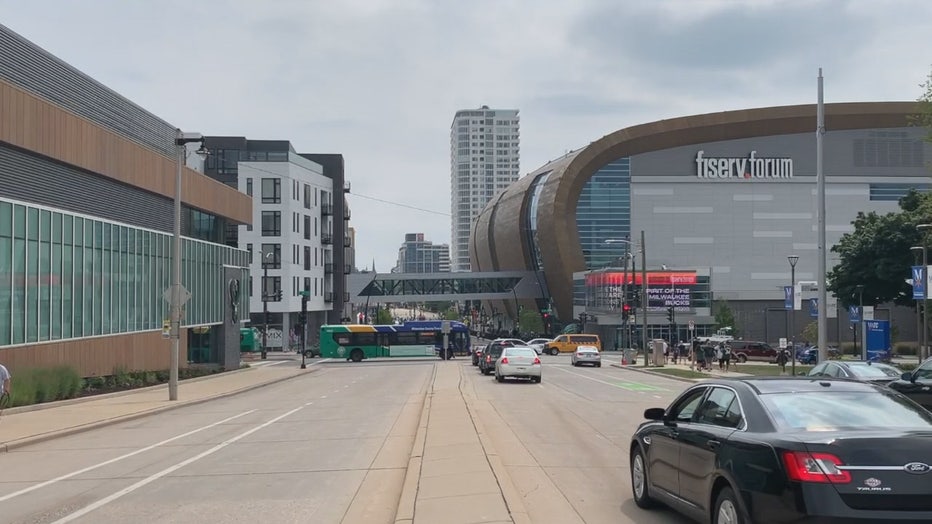 But on Thursday, July 22, the Deer District looked a little different -- specifically around the arena's loading docks.

"This is an amazing time to be out here," Bucks fan Sharee Holley said. "I’m usually not a crowd person but like I am so excited – this is so much fun for me and my boys right now." 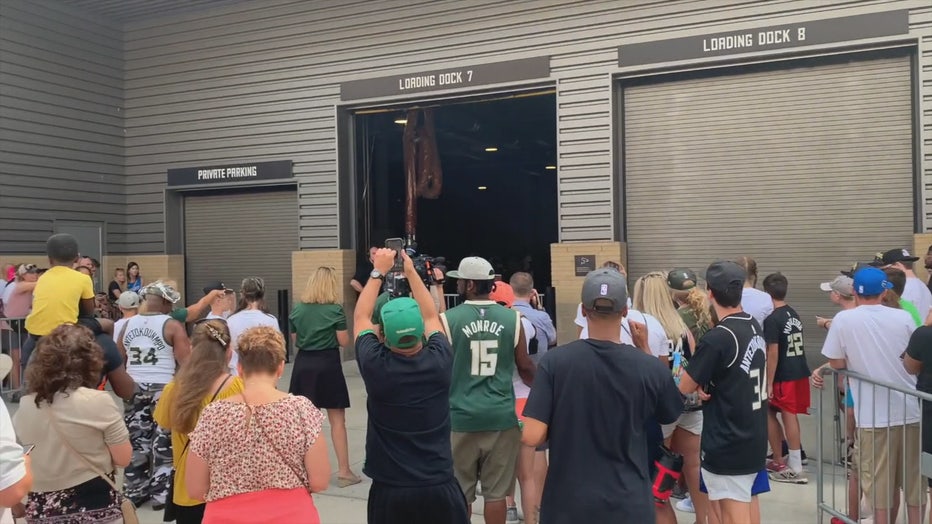 Dozens of people were hoping to catch a sneak peek of the Bucks as they boarded the buses for the parade.

"It’s so exciting, words cannot express how excited – I even played hooky from work," Bucks fan Janet Fowler said. "So even if you guys see this – that’s why I’m not there." 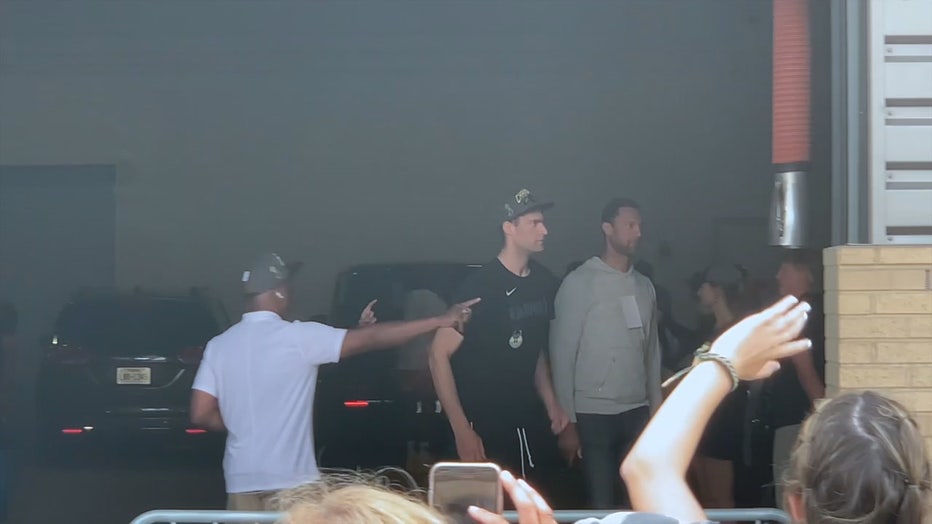 While there were a few glimpses of Bucks players coming through, it wasn't until just before the start of the parade the team and bus rolled out.

"I’m so excited, I can’t wait, I can’t wait to see Giannis all of them – Holiday – I can’t wait," Edwards said. "I’m just so proud of them that they came through and brought it back home for our community."

After waiting an hour, the moment is over and once again the crowd is on the move. 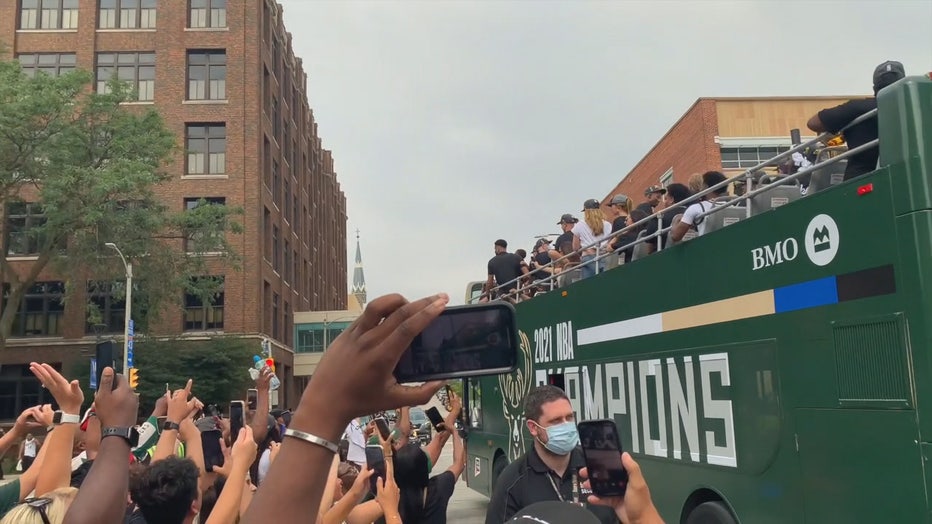 "We going with them – wherever they go," Edwards said.

Fans tell us that the parade was so much fun and they're looking forward to the Bucks winning another championship so everyone can do this again.

Gov. Tony Evers is urging anyone age 12 or older who will be attending school in the fall to get vaccinated as soon as possible for COVID-19.

Brian Kramp talks with fans ahead of Bucks victory parade.