He coached Wisconsin from 1990-2005 and set a program record for career coaching victories, winning three Rose Bowl titles at a program that had gone 9-36 in the four years before his arrival. His 119-74-4 career record includes a 1-1 mark as an interim coach in bowl games that capped the 2012 and 2014 seasons.

Alvarez was inducted into the College Football Hall of Fame in 2010.

"Barry Alvarez has had an immeasurable impact on the UW-Madison campus, beyond in the state and in college sports," Blank said. "And that type of career deserves recognition at the very highest level. 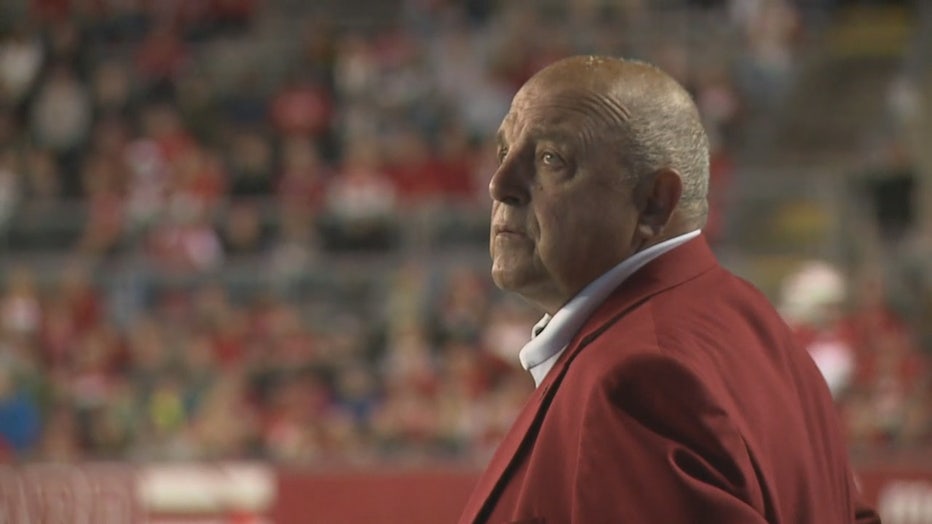 Blank said a fundraising campaign had brought in over $13 million in conjunction with this project.

The naming of the field will take effect next season. School officials plan to put the words "Barry Alvarez Field" in the northwest and southwest corners of the field when the Camp Randall Stadium turf is replaced prior to the 2022 season.

"That was quite a surprise," Alvarez said. "I’m touched. I’m honored."

With Alvarez at the helm, the Badgers football team won six Big Ten conference titles and played in 26 bowl games. He is one of just 16 coaches in conference history with at least 100 wins at a single school, the team's website said.

The Badgers take on the Michigan Wolverines at 11 a.m. Saturday at Camp Randall.