A wealthy donor threatens to wipe out a youth hockey program's upcoming season unless the board that runs the program gives up control.

HARTLAND, Wis. - A wealthy donor threatens to wipe out a youth hockey program's upcoming season unless the board that runs the program gives up control. Hundreds of kids could be frozen out of a public school's ice rink, and school officials say there's nothing they can do to stop it.

If there's one thing hockey players have to learn early, it's how to defend a power play, and when it comes to hockey in Hartland, there's hardly a more powerful name than Mullett.

"They’re threatening to take away their generosity if they don’t get their way," said Josh Finke, Arrowhead Youth Hockey Association.

In 1998, Don Mullett donated a 1,300-seat ice rink to Arrowhead High School in the name of his late father, Howard, former chairman of the Bradley Corporation and a lifelong supporter of youth sports. 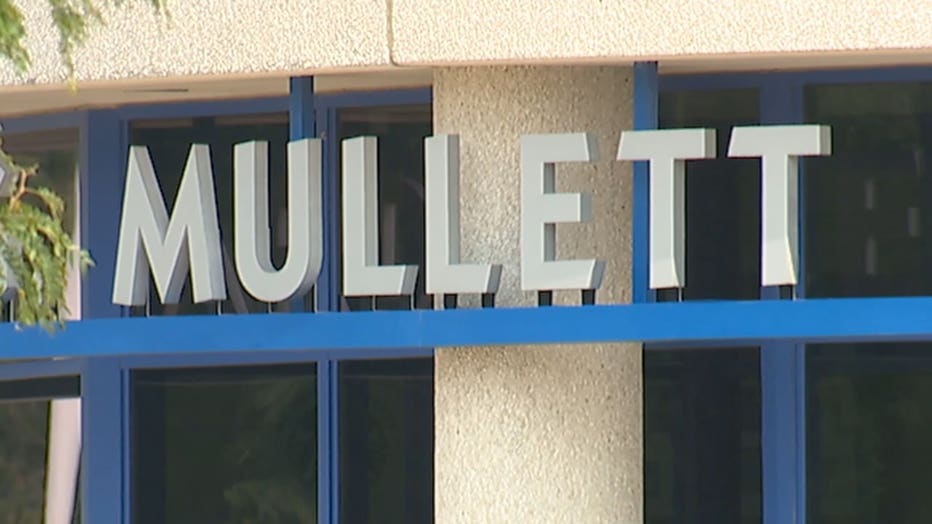 "There was not an Arrowhead youth hockey program until we put the rink there. That's a fact," said Don Mullett, HGM Ice, LLC.

More than 20 years later, Don and his son, Bryan Mullett, are threatening to kick more than 170 boys and girls out of the Arrowhead School District's ice rink for the upcoming season unless the association that oversees them agrees to relinquish control of the program.

FOX's Bryan Polcyn: "Do you feel like he’s holding all of your association’s kids hostage?"

"Absolutely. It’s a threat at this point," said Josh Finke.

Finke is one of nine board members in charge of the nonprofit Arrowhead Youth Hockey Association.

Vlieger is a hockey mom; her husband, a volunteer coach.

"Does he know how to motivate the kids? Absolutely, and when they’re 9, that’s really all it's about," said Vlieger.

In May, the Mulletts proposed a series of changes to the youth hockey program, they say, to make it more competitive, from adding paid, non-parent coaches to eliminating outside games for C-level players. What stirred the most controversy was a proposed restructuring of the board from nine members to five, with three of the five appointed by HGM Ice, a company controlled by Don Mullett.

"An individual who wants to control a situation who is used to having control of situations," said Finke.

The association said no thanks, and then a letter arrived. 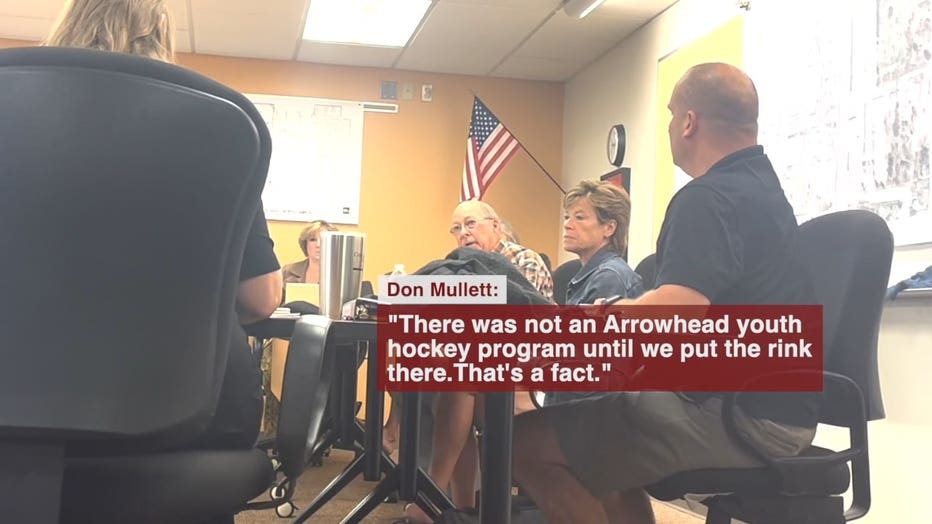 "I was just shocked," said Vlieger.

The letter from an attorney declared that HGM Ice would no longer rent ice time to the youth program beginning Aug. 15. HGM operates the Mullett Ice Center, or MLC, on behalf of Arrowhead High School.

"MLC is under no obligation to sell ice to anyone, either by law or by contract," said Don Mullett.

Other rinks, like Naga-Waukee Ice Arena five miles away, are already full for the upcoming year.

"We don’t have anywhere else to play," said Finke.

That means the threat of a lockout could leave Arrowhead's kids without a hockey season at all.

"It's hard. I...this is their everything," said Vlieger.

"You might as well kiss this season goodbye," said a school board member.

At a school board meeting Wednesday, Aug. 4, recorded by a hockey parent, the district said it has no role in operating its own arena. 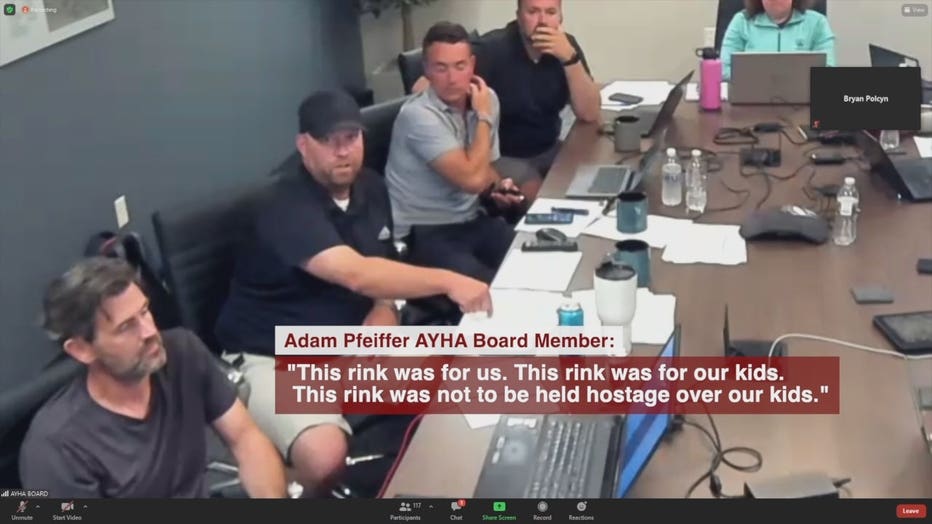 "This is between two private entities," said a school board member.

Two years ago, Arrowhead High School gave unlimited control of the rink to the Mulletts, who've been generous donors for years.

"You don’t want to bite the hand that feeds you, so I get that aspect of it, but they’re not doing right by 170 kids right now," said Finke.

"I don’t know if now is a good time to jump in or not," said Bryan Mullett.

On Tuesday, Bryan Mullett spoke up in a virtual meeting before more than 100 parents involved in youth hockey.

"I wish we could’ve done this in a different set of circumstances," said Bryan Mullett.

But he refused to back down from the legal threat to lock the kids out of the rink this year.

"Are you willing to put this season at risk for our children in order to get what you want?" said Ryan Chuckel, AYHA board member.

"Like I’ve said before, we’re here for the kids," said Bryan Mullett.

"I don’t think the kids understand," said Vlieger. "I don’t want them to understand."

It's not just kids who don't understand where this is all coming from but parents and board members, too. 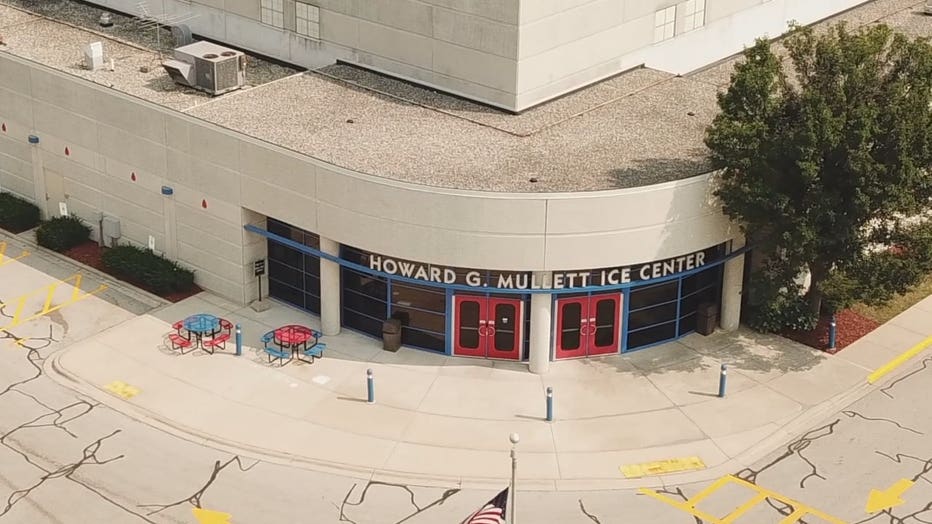 "We’re not really sure," said Finke.

The Mulletts say they want to keep a closer eye on the finances, but they also want to win more championships.

"When you look at the success of a hockey program, it's not whether you made the necessary direction," said Don Mullett. "It's what was the end result."

"Youth sports is not about winning. It’s about growth and team and all those things," said Finke.

If winning is the goal, Finke says, locking kids out of the rink is an unusual approach. After all, you can't win if you don't play.

Arrowhead Superintendent Laura Myrah declined our request for an interview, issuing this statement to FOX6 News:

"Arrowhead Union High School District's administration and school board is aware of a dispute between the community youth hockey program (AYHA) and HGM Ice, LLC. While the school district owns the HG Mullett Ice Center building on our campus, HGM Ice, LLC runs all programming within that facility. School district leadership will be happy to help arrange for a discussion between these two organizations during the upcoming week, with the clear goal of providing children in the community excellent ice hockey experiences."

Green Bay Packers wide receiver Devin Funchess has apologized for using a racial slur against Asians during a news conference on Saturday night.