LOS ANGELES - After failing to make the playoffs, head coach of the Los Angeles Chargers, Anthony Lynn was fired on Monday morning after four seasons, owner Dean Spanos said in an announcement.

"This morning I informed Anthony Lynn that we have made the decision to part ways with him as our head coach. I'm not sure there is another person in this league more respected as a human being than Anthony, and I want to sincerely express my deepest gratitude for his leadership during a time of great change for our organization," Spanos said in a statement.

"As we all know, this is a results-driven business and, simply put, the results of the past two years have fallen short of expectations. Moving forward, we will redouble our efforts to both build and maintain a championship-caliber program. We have been innovative in many facets of our organization in recent years, and we need to carry that over to our entire operation. Our fans need to know that the Los Angeles Chargers are committed to consistent, winning football. The search for a new head coach will begin immediately." 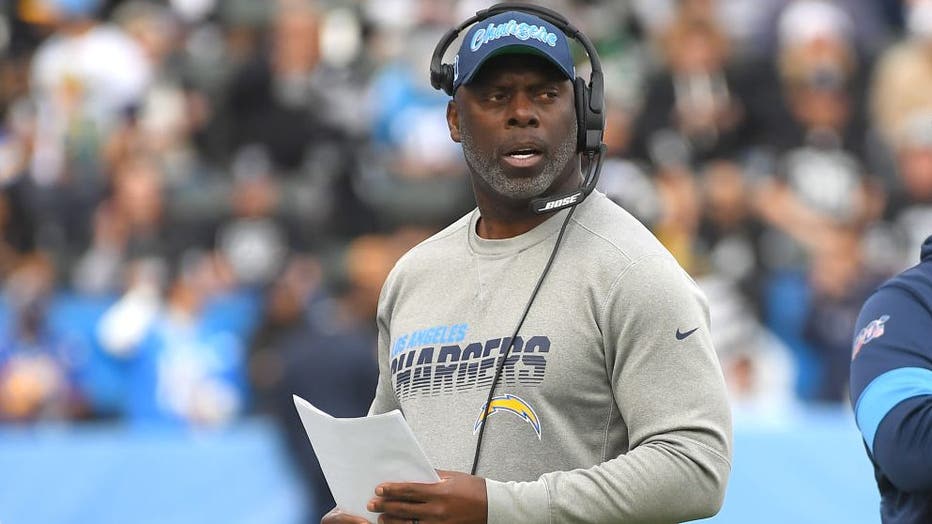 CARSON, CA - DECEMBER 22: Head coach Anthony Lynn of the Los Angeles Chargers on the sidelines in the first half of the game against the Oakland Raidersat Dignity Health Sports Park on December 22, 2019 in Carson, California. (Photo by Jayne Kamin-On

The Chargers won their last four games to finish the season with a 7-9 record, but it wasn’t enough to save Lynn’s job. The team's 45-0 loss against the New England Patriots on Dec. 6. was the Chargers’ worst loss in franchise history.

Lynn was hired by the Chargers in January 2017 and was the first Black head coach in franchise history. He went 34-32 with the Chargers, but just 12-20 over the last two seasons. He had one year remaining on his contract.

As a player, Lynn -- a running back -- was mostly a reserve and special teams player, but he was on two Super Bowl-winning teams in Denver.

The Chargers are in the AFC along with the NFL Super Bowl defending champions Kansas City Chiefs, Las Vegas Raiders, and Denver Broncos.