The logo and the new name are all part of the new sponsorship deal for the ballpark -- which started on Jan. 1 and continues for the next 15 years.

MILWAUKEE - Change is coming to the home of the Milwaukee Brewers.

On Wednesday morning, Jan. 27, the Miller Park sign atop a tower that can be seen clearly from I-94 was removed from the structure.

Miller Park sign comes down from structure outside of stadium

A Miller Park sign is removed from a structure outside the home of the Milwaukee Brewers.

The Miller Park sign was replaced a short time later with the first of the new American Family Field signs. Each one of the new signs is lit with roughly 2,000 LEDs -- making it much more efficient than the previous signage.

The first of the American Family Field signs is hoisted into place atop a structure outside of the home of the Milwaukee Brewers.

Jack Salzwedel, the CEO of American Family Insurance, spoke briefly after the first sign was erected.

"We've had a relationship with American Family for many years. But obviously, it's elevated into a platform at this level where we could not be more pleased to be working with a great company," said Rick Schlesinger, president of Brewers Business Operations.

For some fans of the Milwaukee Brewers, the renaming of the stadium is a bit sad.

"In my heart, it will always be Miller Park because that's what I grew up knowing," said Susanna Kalas of Green Bay.

"It's a little sad. It was just a perfect marriage," said Brad Westness of Janesville. "It's a shame to see it change although, you could do a lot worse." 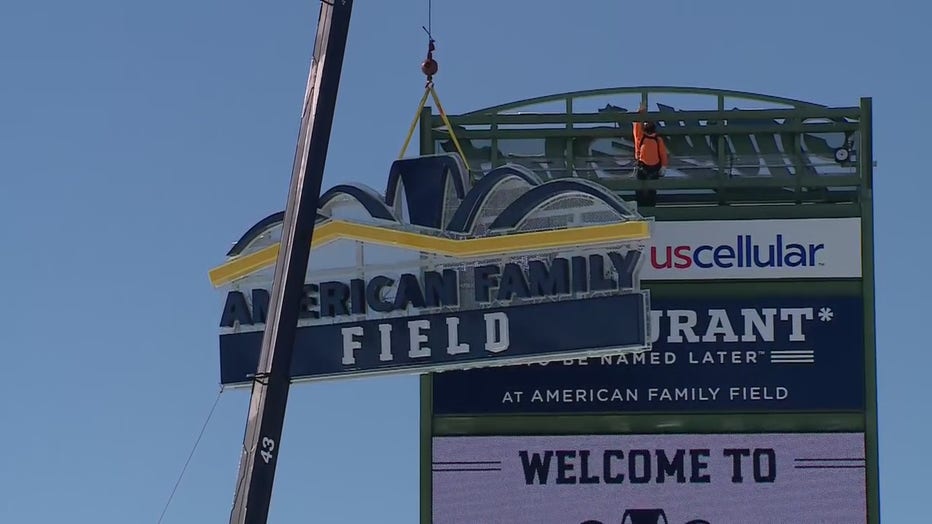 "Over time, I think people will get very comfortable with the name. But my philosophy is, I want fans to come to the ballpark and be fans of the Brewers. Some people still call it County Stadium," Schlesinger said.

"It's probably going to take a while just out, of course, of habit," Westness said.

Design of the logo

The dark blue and yellow logo as well as the new name are all part of the new sponsorship deal for the ballpark -- which started on Jan. 1 and continues for the next 15 years. 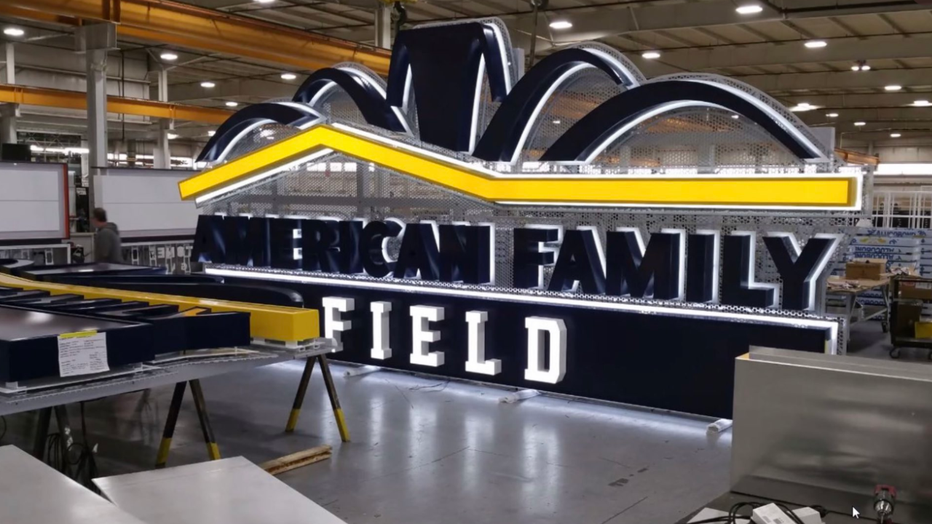 The American Family Field logo features the distinctive rooflines of the ballpark and the American Family logo, which is changed from its traditional red to the yellow used by the Brewers in their logo and uniforms.

As part of the sponsorship agreement, American Family also acquired naming rights to the Brewers spring training complex in Maryvale, Arizona. The complex, which was extensively renovated in 2019, was named American Family Fields of Phoenix.

The Milwaukee Brewers said on Wednesday that the team will keep some of the signs. Officials say the signs are far too large to fit in anyone's backyard.

"We have been working with the Brewers on some exciting plans for the signage that celebrates our beers and our hometown team, and we’ll be able to share more in the near future. But we can say that some of the signs will be preserved on our Miller Valley campus forever. In the meantime, we look forward to continuing our longstanding partnership with the Brewers and cracking open an ice cold Miller Lite as we cheer them on in 2021."

Signage on the ballpark will be removed within the next few weeks. Old Miller Park signs inside the field will be removed before the season starts, according to the Brewers. 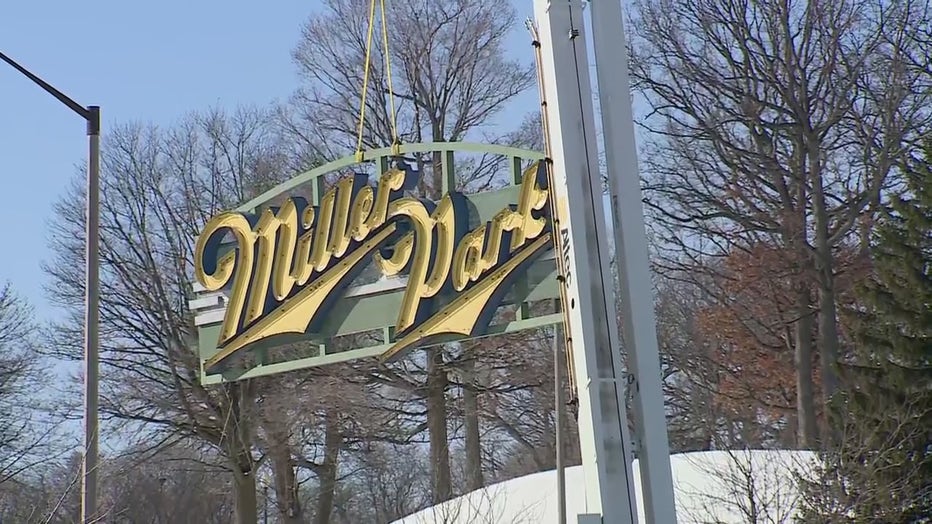 Aaron, who died Friday at the age of 86, had an impact that stretched beyond the diamond. A civil rights activist, his legacy reached fans' lives and the community for years.

Henry "Hank" Aaron's death Friday, Jan. 22 at the age of 86 is a loss being felt from city to city -- including in Milwaukee, where he spent 14 of his 23 Major-League seasons with the Braves and, later, the Brewers.