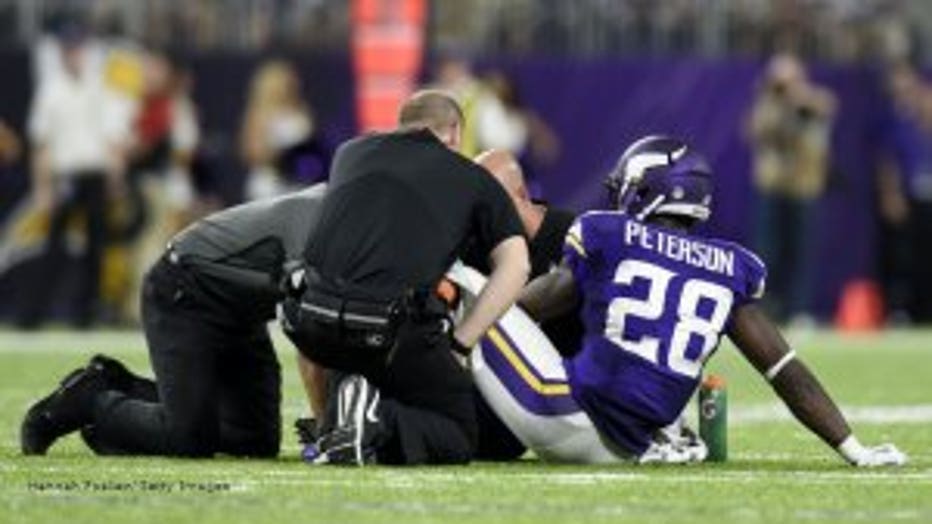 MINNEAPOLIS, MN - SEPTEMBER 18: Adrian Peterson #28 of the Minnesota Vikings sits on the field as trainers tended to his knee in the third quarter of the game against the Green Bay Packers on September 18, 2016 at US Bank Stadium in Minneapolis, Minn

Peterson was injured in the third quarter of Minnesota's 17-14 victory over the Green Bay Packers on Sunday night. He needed crutches to exit U.S. Bank Stadium, but it does appear Peterson will be able to return at some point this season after initial fears that he tore his ACL.

Peterson has rushed for just 50 yards on 31 carries in the first two weeks.