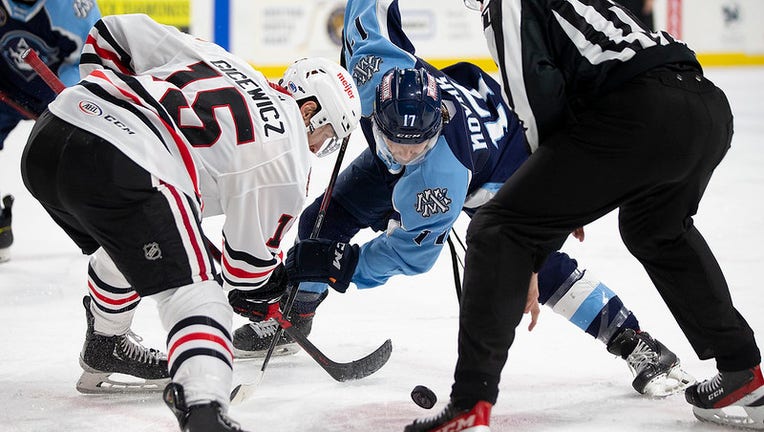 MILWAUKEE - Graham Knott scored the Admirals lone goal as they saw their four-game winning streak snapped in a 4-1 loss to Rockford on Wednesday night at Panther Arena.

It was just the second loss for Milwaukee in their past 13 games.

The IceHogs got on the board first with a shorthanded goal by Isaak Phillips 4:33 into the game. Ads goalie Connor Ingram was without his stick when Phillips picked up a loose puck at the point and fired a shot over Ingram’s blocker.

Knott knotted the score at one just 1:32 into the second period with his ninth goal of the season. The play started on a face-off  that resulted in a loss puck that stayed on the dot. Knott pounced on it before firing a snapshot over the left shoulder of Rockford netminder Colin Delia.

Unfortunately for the Admirals that was all they would get the rest of the way as The IceHogs would score twice in a 1:32 span in the middle of the second to grab a 3-1 advantage. Cameron Morrison scored his second of the year at 11:14 to break the tie and then Lukas Reichel converted on the power-play at the 12:46 mark.

Mike Hardman finished off the scoring when he found a loose puck in the crease a poked it by Ingram with just over 14 minutes to play in the game.

George Webb shooting victim speaks out: 'Lucky to be alive'

The man shot at a Wauwatosa George Webb in January spoke to FOX6 News about how the incident unfolded and his recovery.