GREEN BAY — Aaron Rodgers says he and first-year Green Bay Packers coach Matt LaFleur are friends. He also says building that chemistry on the field will take a lot of time and patience.

The two-time NFL MVP spoke Thursday following Green Bay's first practice of training camp, and he said he still needs more time to feel comfortable with how the play will be coming in from his new 39-year-old coach. 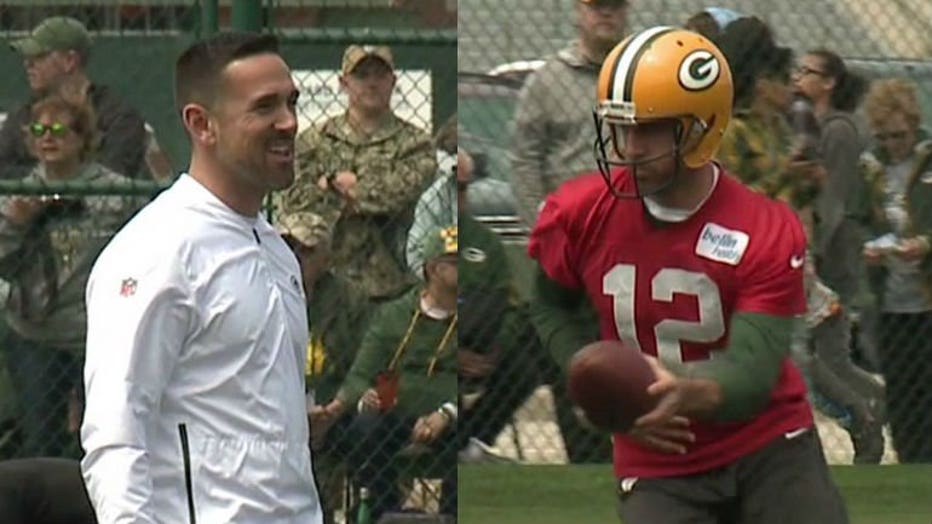 The 35-year-old Rodgers says he feels great about the communication between the two so far and appreciates that LaFleur is open to new and creative ideas.

LaFleur was hired as Packers head coach in January after serving as Titans offensive coordinator last season. The Packers have missed the playoffs the past two seasons.