SANTA CLARA, Calif. — Colin Kaepernick says he will donate all the money he receives from his jersey sales to charity to thank fans for their support during his national anthem protest.

Kaepernick announced the move Wednesday on his Instagram account saying he was pleased that his San Francisco 49ers jersey has become the top seller in the NFL since his protest became public. Kaepernick is refusing to stand during the anthem in protest of police brutality and oppression of minorities in America.

He writes that the increase in his jersey sales "shows the people's belief that we can achieve justice and equality for ALL!" 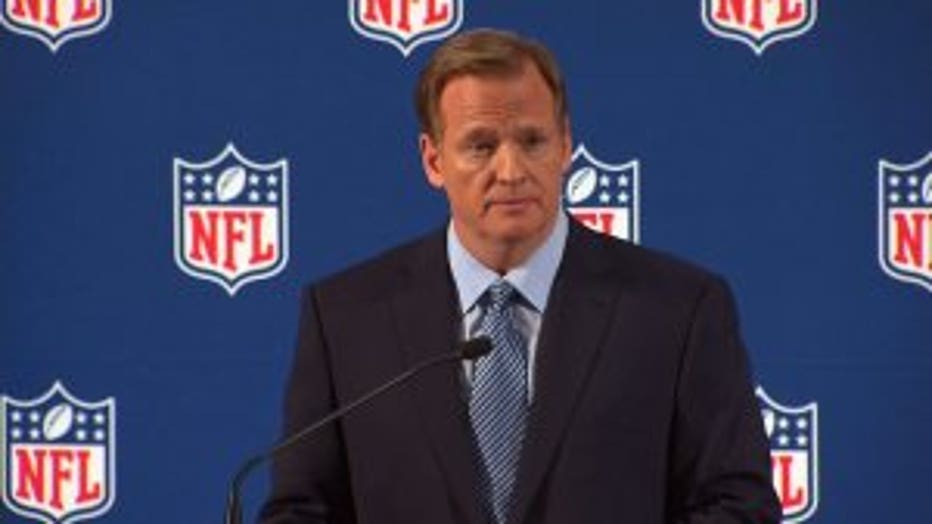 Meanwhile, NFL Commissioner Roger Goodell disagrees with Kaepernick's choice to kneel during the national anthem, but recognizes the quarterback's right to protest.

Asked by The Associated Press about Kaepernick's decision not to stand before games when the national anthem is played, Goodell said the following:

Goodell adds that with NFL players having a visible platform for their viewpoints, "we have to choose respectful ways of doing that so that we can achieve the outcomes we ultimately want and do it with the values and ideals that make our country great."