Kickoff for the Packers-Cowboys is set for 3:25 p.m. — and you can watch the entire game only on FOX6.

But that’s not all! After the game, stick with FOX6 to watch a postgame Blitz — as the FOX6 Sports team crunches the numbers and chats with the players about the performance on the gridiron. 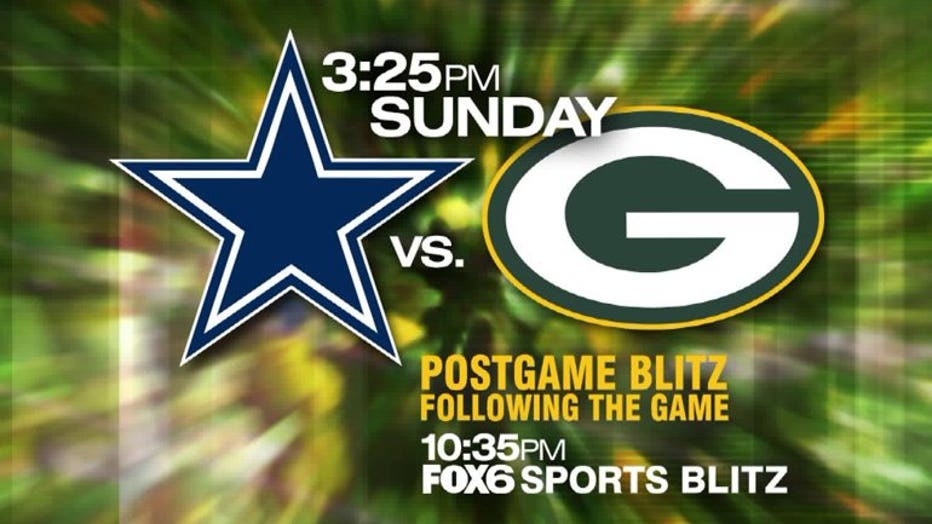