It's located on the southeast corner of the Wisconsin Entertainment and Sports Center. 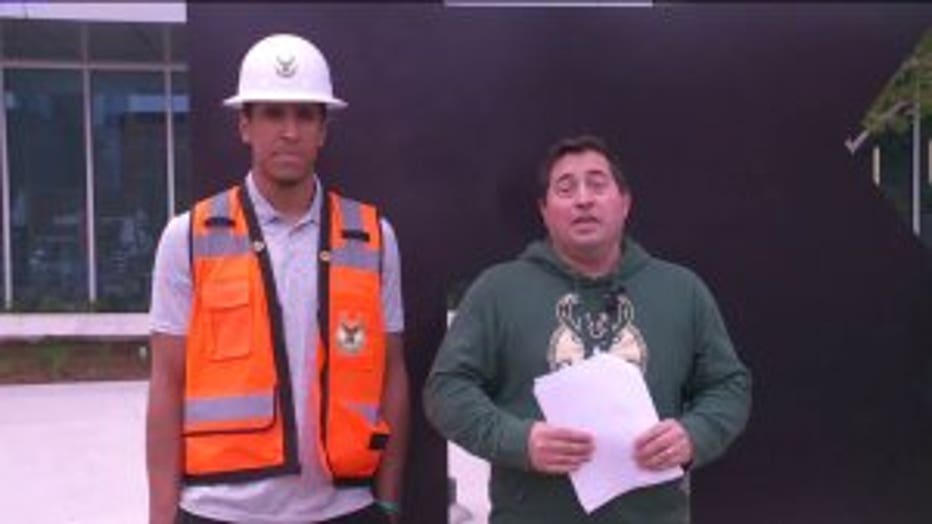 Bucks' President Peter Feigin and Malcolm Brogdon, Bucks' guard were on hand Thursday afternoon as the final letter was placed.

According to a news release from Bucks' officials, envisioned to be a meeting place for fans, the letters consist of benches in the back for people to sit and can illuminate different colors. The monument was designed by Selbert Perkins Design of Chicago, in coordination with Populous, the arena’s architect. Jones Sign Company, based in De Pere, Wisconsin, is the fabricator and installer. 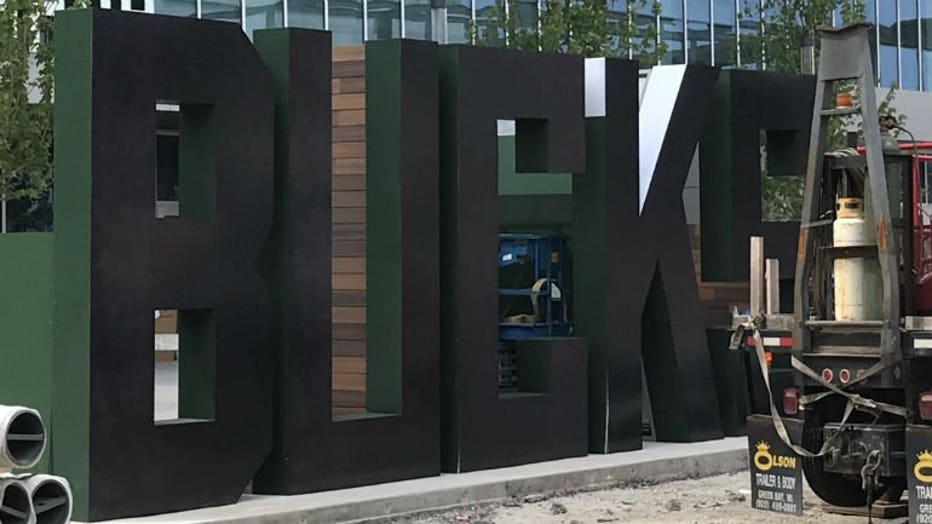 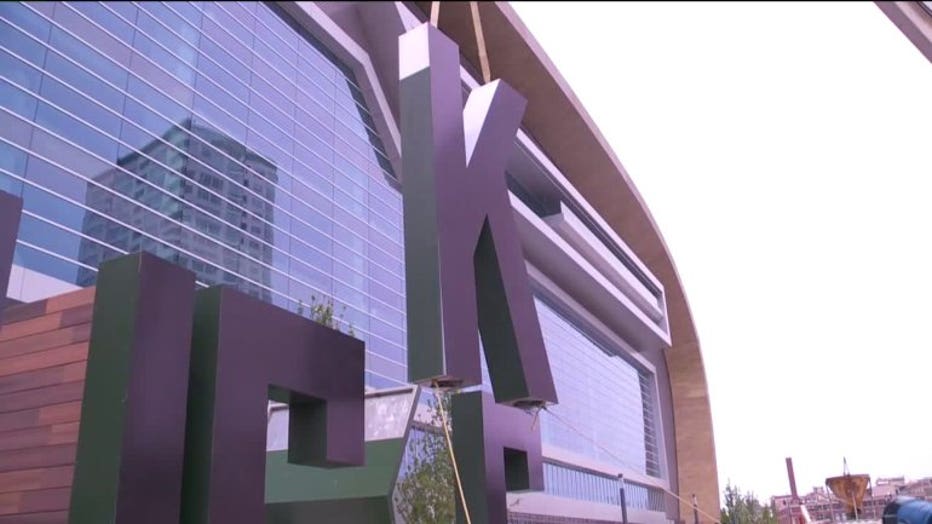 Two Bucks Pro Shop signs will be installed on the southeast corner by the end of the week, officials said in the release.

The arena is set to open in the fall.